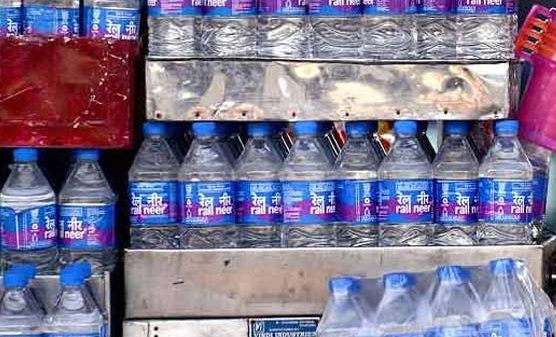 New Delhi: After revelation of Rail Neer scam, the Railway Ministry is all set to suspend two of its officers who were raided by the Central Bureau of Investigation (CBI) in connection with alleged corruption in supply of packaged drinking water other than the mandatory ‘Rail Neer’ in premium trains.

Railway Ministry took it to twitter to exclaim its stand on the issue.

“MINISTRY OF RAILWAY intends to suspend two officer raided by CBI, @sureshpprabhu,” said the official twitter handle of the ministry.

“MR @sureshpprabhu Zero tolerance on corruption, Instructed Chairman Railway Board for immediate action against officers raided by CBI,” it added.

Earlier, the CBI had recovered Rs. 20 crore in cash during searches at 13 locations against two former Northern Railways officials and seven private firms in connection with ‘Rail Neer’ scam.

According to reports, a case has been registered against the then Chief Commercial Managers (PS and Catering) of Northern Railways M S Chalia and Sandeep Silas.

Silas has served as the private secretary of a former Union Minister.