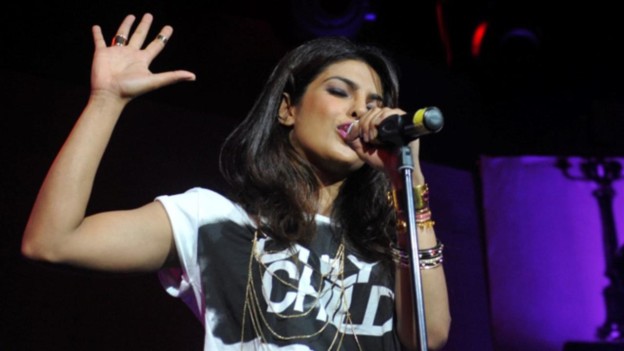 After winning hearts in India, tinsel town diva, Priyanka Chopra has made a mark for herself in the global entertainment industry. PC has been conferred the EMA award 2015 for Best India Act.
The actress faced competition from artists like Your Chin, Indus Creed, Monica Dogra, The Ska Vengers in the category.

The ‘Quantico’ star will now go up against the winning act from Africa to be named Worldwide Act: Africa/India.
“All the nominees in the Best India Act category were highly accomplished and well-deserving, however, we are elated to announce Priyanka Chopra as the winner of this category.

“Priyanka Chopra today has a huge fan base both, national and international. Her road to success and fame has been filled with numerous milestones and we are proud that she has won this category at the Europe Music Awards 2015, now let’s help her get the Worldwide Act trophy home. Let’s get Voting,” said Ferzad Palia, EVP and Head, English Entertainment Channel, Viacom18.

The Europe Music Awards will be held at Mediolanum Forum in Milan, Italy on October 26 and will be hosted by popular British singer Ed Sheeran and Australian model-actress Ruby Rose.