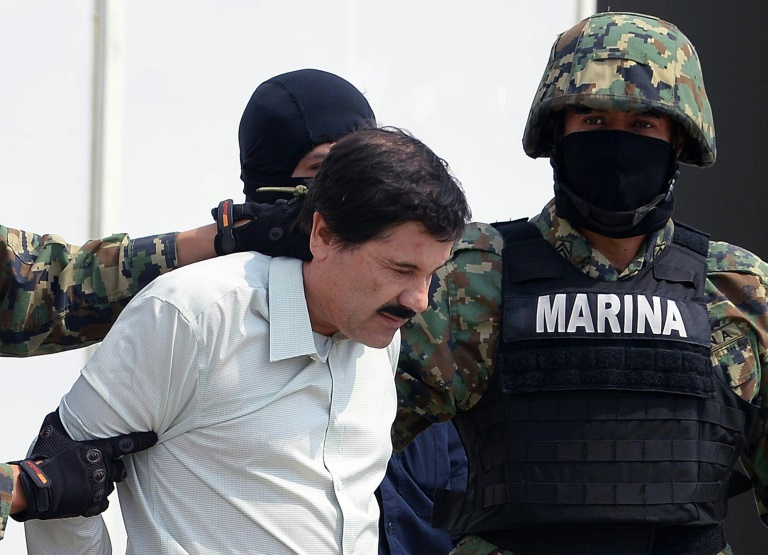 Fugitive drug kingpin Joaquin “El Chapo” Guzman eluded an operation to recapture him in northwestern Mexico in recent days, injuring his leg and face, authorities said, as the manhunt heats up.

Authorities said Sunday that efforts to nab Guzman, who embarrassed President Enrique Pena Nieto with his brazen July jailbreak, have focused on the northwest region in the past few weeks after foreign governments shared intelligence information.

“Due to these actions and to avoid his arrest, the fugitive escaped in a hurry (in recent days), which according to the information that was collected, caused him injuries to his leg and face,” the government said in a statement.

“It is important to specify that these injuries were not the product of a direct clash,” it said, without specifying the extent of the injuries.

The authorities did not say exactly where and when the operation took place, but raids have reportedly taken place in the neighboring states of Durango and Sinaloa.

The government said it was continuing operations to capture the Sinaloa drug cartel boss, who has been captured and escaped prison twice in his lifetime, most recently on July 11 by crawling down a hole in his cell’s shower leading to a huge tunnel.

The governor of Sinaloa said Wednesday that special forces had conducted raids in Tamazula, Durango.

US Drug Enforcement Administration officials have told AFP that they believe Guzman fled to the rugged mountain region of his home state stronghold of Sinaloa following his jailbreak.

The states of Durango, Sinaloa and Chihuahua meet in a drug-producing region known as the Gold Triangle, a bastion of Guzman’s drug cartel.

US law enforcement officials say Guzman, 58, likely fled there because he enjoys the support of the local population. American authorities have been working with Mexican security forces in the hope of extraditing him to the United States.

US network NBC News reported that Mexican marines closed in on Guzman last week after US drug agents intercepted cellphone signals suggesting he was hiding at a ranch near Cosala, Sinaloa state, in the Sierra Madre mountains.

Citing three sources with knowledge of the operation, NBC said the marines raided the ranch in helicopters, but turned back after taking fire from Guzman’s gunmen.

The marines later went in on foot and found cellphones, medication and two-way radios. Guzman and his henchmen are believed to have fled in all-terrain vehicles, the network said.

But a week after the raid, officials are “losing hope” that the infamous drug lord will be caught imminently, it reported.

He escaped through a 1.5-kilometer (one mile) tunnel with a redesigned motorcycle on special tracks, emerging in a house outside the prison.

A new video of his escape was leaked to the Televisa channel this week, showing that loud hammering could be heard in his cell moments before he descended down the hole.

It took guards nearly 40 minutes to go inside his cell after he escaped.

More than a dozen prison officials have been detained over charges they helped him flee.

Pena Nieto had refused to hand Guzman over to the United States, but the authorities have now secured an arrest warrant to extradite him if he is captured again.

Guzman was first arrested in 1993 in Guatemala, but he escaped from a prison in western Mexico in 2001 by hiding in a laundry cart.