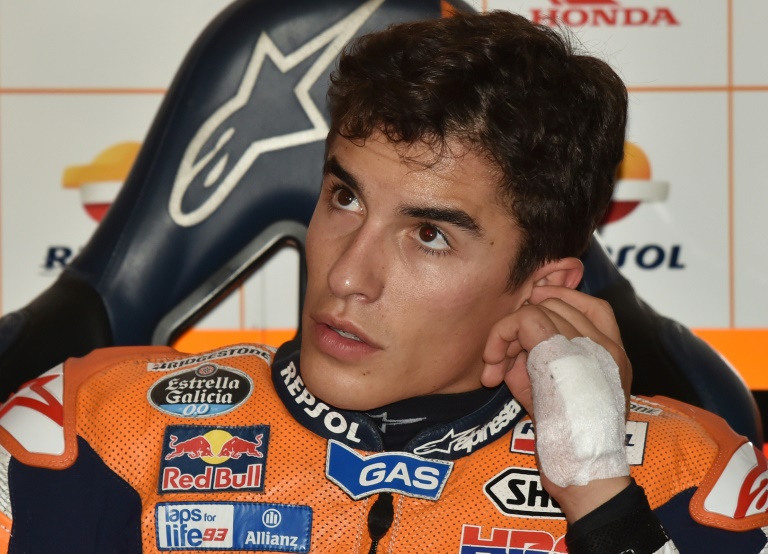 Defending world champion Marc Marquez continued his chart-topping preparation for the Australian MotoGP with the fastest time in Saturday’s practice ahead of qualifying.

The Spanish Repsol Honda rider, who is out of championship contention after breaking his hand last month, posted a fastest lap of one minute 29.081 seconds around the Phillip Island circuit.

Marquez, some 86 points adrift of championship leader Valentino Rossi with three races left in the season, improved his best time by 0.302secs from Friday’s practice.

Spain’s Movistar Yamaha racer Jorge Lorenzo held down second spot on the time charts with 1:29.433 ahead of Britain’s Cal Crutchlow.

Rossi improved in Saturday practice to eighth fastest with 1:29.815, but was 0.734secs down on Marquez’s time.

Rossi leads Lorenzo by just 18 points in the premier class with the seven-time world champion chasing his first world title since 2009.