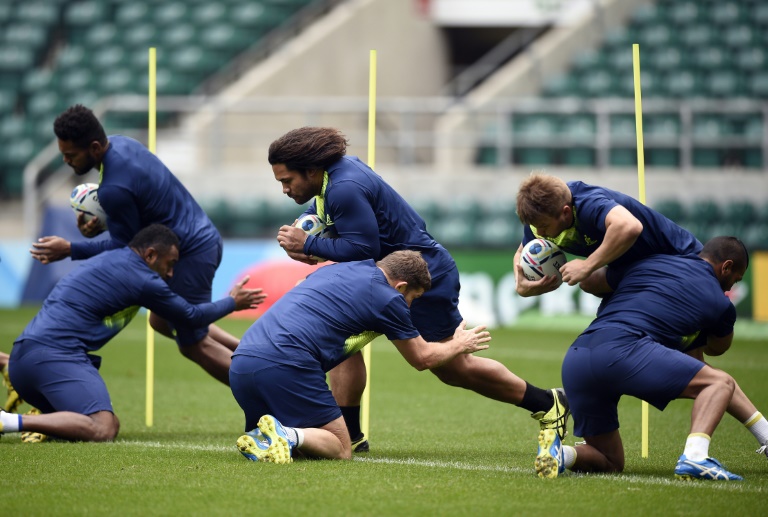 Foley has been impeccable at the World Cup so far. Whilst the fly-half may not like his nickname ‘Iceman’, even coach Michael Cheika is admirative of his coolness under pressure. His partnership with Genia is, according to the experienced scrum-half, developing nicely although it is Genia who may be the weak link now. Fly-half Russell and captain and scrum-half Laidlaw are a burgeoning partnership — maybe at last one worthy of the skipper’s uncle Roy Laidlaw and John Rutherford in the 1980s. Russell, who capped an excellent display against Japan in scoring a try on his 23rd birthday is growing in stature and Laidlaw’s experience and superb kicking makes them a formidable pair, who will give their opposite numbers a tough time.

The loss of the superb David Pocock robs the Wallabies of a key asset but also a meeting of two Zimbabwe-born No 8s as the Scots have David Denton. Michael Hooper returns for Australia after a one week ban and the replacement for Pocock, Ben McCalman, is regarded very highly while Scott Fardy is the unsung hero of the trio — Cheika cheeklily remarked that Fardy “has been growing his beard to get noticed.” However, in New Zealand-born John Hardie, Scotland coach Vern Cotter’s controversial choice for the squad, the Scots have a superb flanker in their own right as he has shown against Japan and in the 36-33 thriller against Samoa last Saturday scoring a try in both matches. The third member of their troupe another Kiwi Blair Cowan, has seized upon being called up as an injury replacement during the tournament with both hands. Could be the most enthralling scrap of the match.

Beale is an example of how well Cheika has turned things round for Australia. There was never any doubt about his talent it was just his off the field pecadillos that threatened to destroy his career. However, there has not been a hint of trouble at the tournament and now with the injury to Israel Folau perhaps it is the 26-year-old’s moment to shine. Hogg is one of Scotland’s most potent attacking threats, bursting into the line at speed and he did this to superb effect against Japan and Samoa, although he got a ticking off from referee Nigel Owens against South Africa for diving. The 23-year-old is a top talent and has thrived under the guidance of Cotter, whose Clermont side in France were renowned for their crowd-pleasing attacking style.