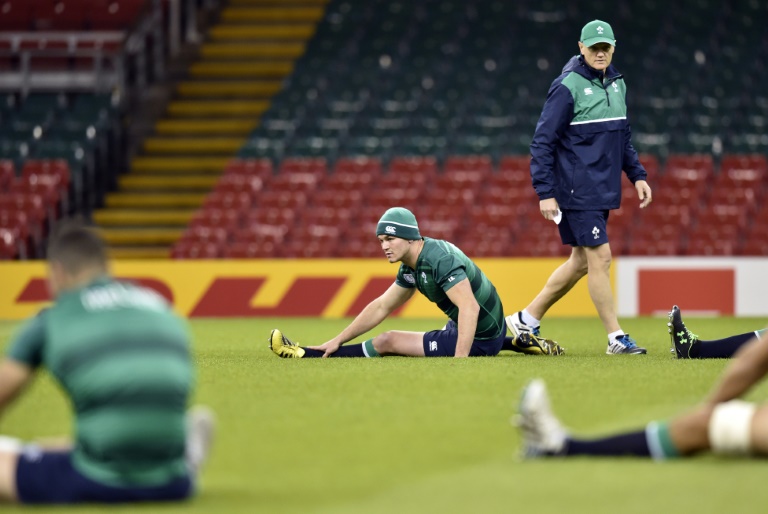 Schmidt’s name has surfaced to the top of swirling media speculation he will take over from Lancaster following England’s failure to even progress from the pool stage of the World Cup.

It is the first time the host nation has failed to make the knockout stages.

“I don’t know where that’s come from at all,” the New Zealand-born Schmidt said Friday as he prepared his side to play Argentina in a World Cup quarter-final in Cardiff.

The 50-year-old’s stock has risen on the international coach pecking order after guiding Ireland to the past two Six Nations championships, and they are now on the verge of making the World Cup semi-finals for the first time.

It has been five years since England last won the Six Nations and although Lancaster is contracted through to 2020 his future has been widely debated in the English media after their early exit from the World Cup.

However, Schmidt said not only was he not after the England coaching job he was also a fan of Lancaster as a coach.

“Externally, I’d be a fan of Stuart Lancaster as a person and what he’s trying to build,” Schmidt said.

“I think if we’d lost last weekend, it could be someone else being propositioned for my job.

“Stuart is a first-class character, I enjoy chatting with him pre- and post-matches. I certainly won’t be going after his job.”