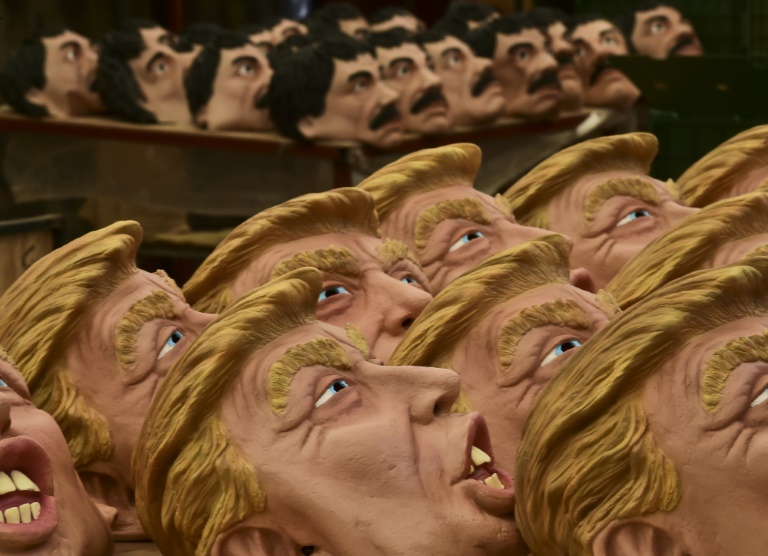 Considered Mexico’s prime villains, Donald Trump and fugitive drug lord Joaquin “El Chapo” Guzman are Halloween stars in this country, with a company seeking to make a killing with masks of the infamous duo.

The latex mask with the Sinaloa cartel boss’s signature mustache and a black-and-white striped prison uniform sell for $30 on the Internet and some shops in Mexico City.

Grupo Rev says it has already sold 2,000 Chapo disguises and is making another 1,700. The masks take an entire day to make at the factory in the central town of Jiutepec.

“There’s a little bit of criticism but we are Mexicans and we find laughter in tragedy,” Maria del Carmen Navarro, a Grupo Rev design engineer, told AFP.

While Mexico celebrates the Day of the Dead in November with flowery altars in honor of their ancestors, the Halloween holiday on October 31 has also become increasingly popular.

So Grupo Rev has found another character to make some cash from this Halloween.

Trump, the Republican presidential hopeful, has become one of the most hated people in Mexico since the billionaire real estate tycoon made inflammatory remarks about immigrants, declaring that the Latin American country was sending rapists and other criminals to the United States.

Grupo Rev has made just 250 Trump masks so far and has yet to set a price, but the company is confident that it will sell just as well as “El Chapo.”