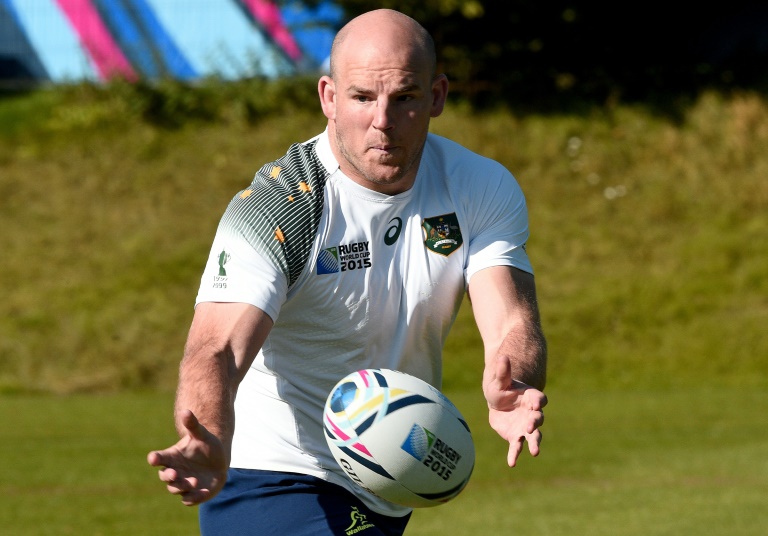 Australia will need all their experience and character for a “tough and painful” encounter with Scotland in the World Cup quarter-finals on Sunday, according to coach Michael Cheika.

Cheika’s side will be seeking a third successive superb performance at hosts England’s headquarters where they have shown their armoury to two different sides.

“It’s a match that’s going to be tough and painful, physical and difficult,” said Cheika, who nevertheless has a side packed with experience including two new Test centurions in centre Matt Giteau and captain Stephen Moore.

A fortnight ago, orchestrated by fly-half Bernard Foley, Australia’s rapier offense cut the English to ribbons in a 33-13 victory. A week later they produced a remarkable backs-to-the wall defensive display to repel a Welsh onslaught when two men down for around 10 minutes and ran out 15-6 winners.

Now the Wallabies — who will be without two influential but injured players in fullback Israel Folau and No 8 David Pocock — must confront a Scotland side that is improving fast under Kiwi coach Vern Cotter.

“Thereâ€™s going to be a lot of moments when we are going to be under pressure and that character is whatâ€™s required at that time to help you,” said the Wallabies coach.

“Our goal is to improve on our performance against Wales. Thereâ€™s a lot of areas where we can.”

Cheika said the Scots would represent the toughest challenge yet.

“One hundred percent yes, this will be the most difficult game we play and that’s not disrespecting our other opponents at all because every match has been tough but this will be the toughest,” said the 48-year-old.

For the first time in three games Cheika’s side have been cast in the role of solid favourites. But the son of Lebanese immigrants is dismissive of that.

“We donâ€™t think we are complacent. Nobody was saying that about us (being favourites) many months ago and things aren’t any different now,” he said.

“Weâ€™re acutely aware that this is really important for our own journey as a team.

“Iâ€™ve seen a lot of the Scottish players saying they can win – and they can, they can.

“It’s the reality of sport and what we need to make sure is that our mindset is really clear on what weâ€™re prepared to do to get that victory.”

Wing Adam Ashley-Cooper, who will become the third most capped Wallaby on Sunday with 112 caps, knows not to take the Scots for granted as he has on two occasions finished on the losing side.

Greig Laidlaw, now the Scotland skipper, kicked all their points in a 12-6 win in appalling weather conditions in Newcastle, Australia, in 2012 and a missed Giteau conversion proved the difference in a 9-8 defeat at Murrayfield in 2009 — their first loss to the Scots since 1982.

“If you don’t turn up you can get burnt.”

The Scots have been weakened through hooker Ross Ford and lock Jonny Gray being banned for three weeks, which they have appealed but will only be heard on Saturday.

However, in the halfback partnership of Laidlaw and Finn Russell, the back row of Kiwi duo John Hardie and Blair Cowan and Zimbabwe-born David Denton and renowned finisher Tommy Seymour the Scots possess weapons to hurt the Wallabies.

“Australia had the performance of the tournament against England, but we have a gameplan that we think will keep us in the game,” said Laidlaw.

“We’re not going there just to make up the numbers.”