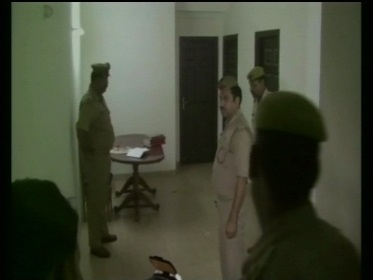 An Amity University student was allegedly shot dead at his house here on Saturday by one of his friends, who was also studying at the same university, said Noida police, adding that he died on the spot.

Sandesh, who was living with two of his friends Nadeem and Madhur, also students of the same university and hailing from Andhra Pradesh, in a rented accommodation in Sector 100 falling under the jurisdiction of the Sector 39 police station, was a student of marine science, said Dinesh Yadav, Superintendent of Police (city), Noida.

Yadav said they suspect that Aman, a student of tourism at the university and a friend of the victim, had killed Sandesh. “We will examine CCTV recording for further clarity,” he added.

At the time of murder, Madhur and one of their friends and his girl friend were also present in the flat, said police, refusing to disclose the identity of the victim’s friend and his girlfriend.

Meanwhile, Nadeem, one of the room-mates of the victim, who had gone downstairs to have tea, said he found Sandesh dead upon his return, and they informed police about the killing immediately.

Police said the body was sent for a post-mortem at the Sector 93 post-mortem house and they had informed the parents of the victim, who live in Andhara Pradesh