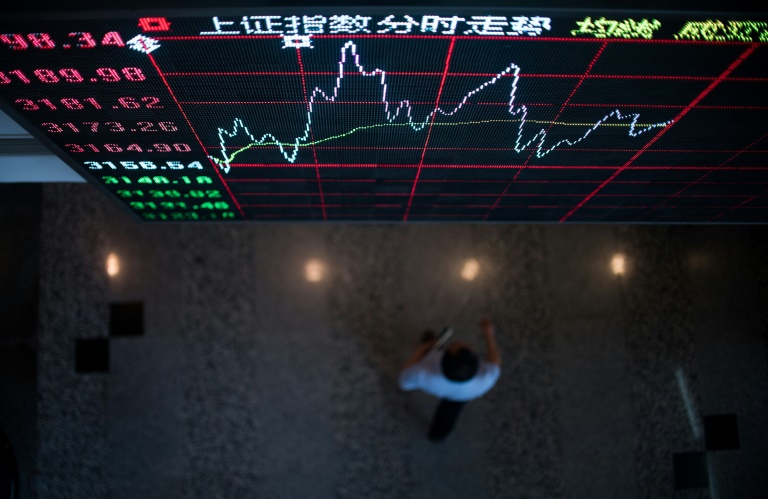 European and Asian stocks rebounded after recent losses sparked by concerns over the potential impact of China’s economic slowdown.

Global equities moved ahead Thursday as another raft of weak US economic data reinforced expectations that the Federal Reserve will likely delay an interest rate hike.

In Europe meanwhile, a senior policymaker at the European Central Bank said inflation was “clearly” missing its target, raising market speculation that the central bank could increase stimulus measures in the eurozone.

European and Asian stocks rebounded after recent losses sparked by concerns over the potential impact of China’s economic slowdown.

US retail sales rose by half as much as expected in September, while August was revised down, official data showed Wednesday.

The news comes after a below-par jobs report at the start of the month, adding to a sense that the world’s biggest economy is stuttering, giving the Fed more reason to hold off a rate rise.

“One has to say that these are elements the central bank cannot influence, but also core inflation rates are clearly below our target,” the Austrian economist said, quoted by the Bloomberg news agency.

The outlook is fanning market speculation that the ECB may strengthen its bond-buying programme, aimed at pushing eurozone inflation back up to levels that are more conducive to healthy economic growth, or extend the so-called quantitative easing beyond an original September 2016 time-frame.

In the US, the Fed has held its key rate near zero since December 2008 in order to stimulate economic growth.

The curve of American interest rates is vital for global markets because the United States is the world’s biggest economy.

US stocks rose slightly higher Thursday, with the Dow Jones Industrial Average up 0.18 percent at 16,955.48 near mid-day in New York.

In foreign exchange, the European single currency dipped to $1.1394 from $1.1469 late in New York on Wednesday.

On the corporate front, mining stocks were mixed after posting early gains on a recovery in commodity prices.

The biggest loser was Britain’s luxury fashion group Burberry, whose share price collapsed by 8.25 percent after admitting that demand had been hit by China’s slowdown.

Sales flatlined at Â£1.105 billion ($1.704 billion, 1.485 billion euros) in the six months to September compared with Â£1.1 billion a year earlier, said Burberry, which is famous for its trench coats and signature accessories.

Shanghai finished 2.32 percent higher after the country’s three major telecoms firms on Wednesday announced plans to share control of a new company grouping their signal towers and other assets.