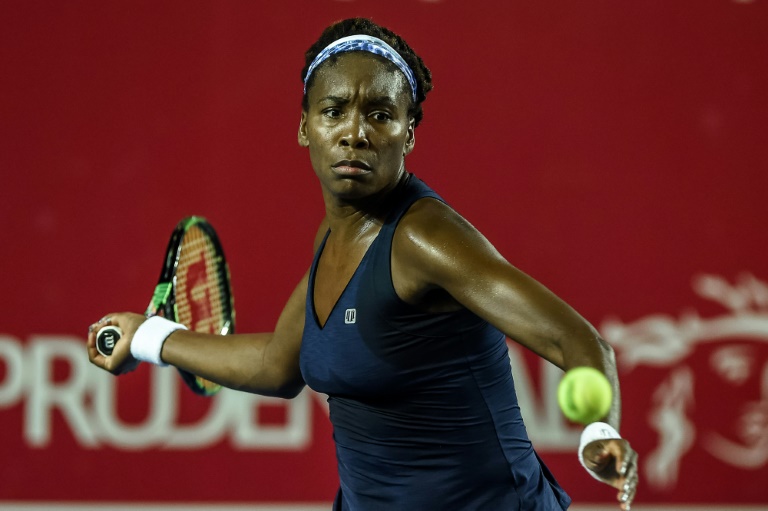 Venus Williams took just an hour to secure her place in the semi-finals of the Hong Kong Open Friday in a 6-1, 6-1 victory against a lacklustre Alize Cornet.

The French player, who beat Williams’ sister Serena in their last three meets, struggled to gain a foothold in a match dominated by the seven-time Grand Slam winner.

Williams, 35, unleashed power serves and even gained resigned applause from her opponent, 10 years her junior, after whipping over a cross-court return to go 5-1 up in the second.

“It’s never easy. We had some tough games there,” Williams said as she hopes to claw her way into the eight-player WTA Finals in Singapore later this month.

She is currently 11th in the Road to Singapore rankings after a resurgent season and Hong Kong is her last chance to get the points she needs.

“I’ve been under a lot of pressure in my career, playing big moments, all that experience hopefully will help me,” she said as she looked ahead to Saturday’s semi-final.

If Williams reaches the final in Hong Kong she will have enough points to make the top eight for Singapore, the WTA said on its website.

But she has to get past former world number one Jelena Jankovic who eased through her quarter-final against sixth seed Daria Gavrilova 6-1, 6-1.

She eventually took the quarter-final 7-5, 6-3 with fast returns and deft touches at the net in a match which saw a succession of long deuce wrangles.

Kerber will meet fifth seed Samantha Stosur in the semi-finals after the Australian was given a scare by Britain’s Heather Watson.

Watson took the first set and went 3-1 up in the second in their quarter-final match, before the Australian turned on the power and took it 4-6, 6-3, 6-0.