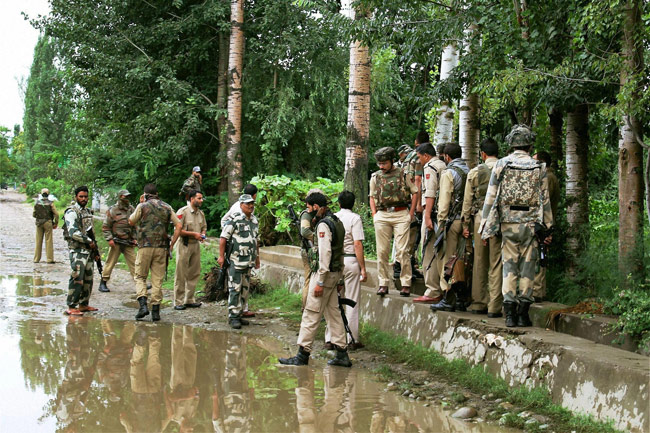 Srinagar: Two civilians were injured when police allegedly opened fire during an operation to arrest a suspect from Pulwama town in south Kashmir on Friday.

Police received information about presence of a burqa-clad male suspect moving around Pulwama town, 32 kms from here, and launched an operation to arrest the suspect, a police official said.

The suspect was overpowered and arrested, he said, adding police fired few rounds in air while whisking away the detenue.

Soon after the incident, some youth started pelting stones at the police personnel in the area.