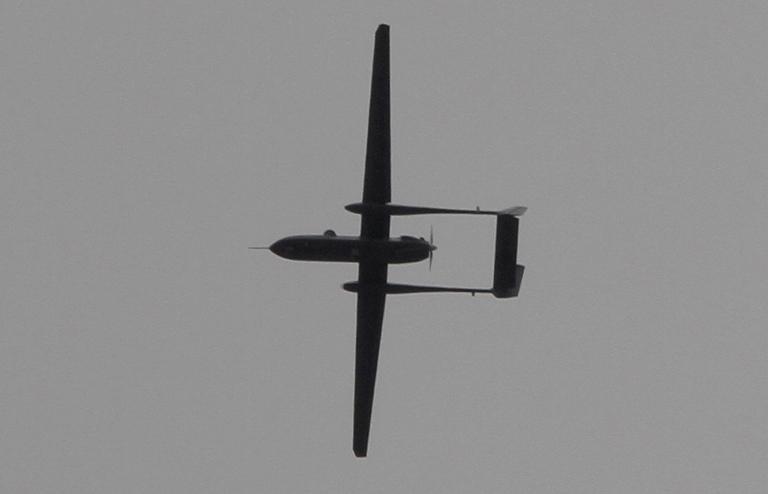 Turkish air force planes on Friday downed a drone of unknown origin which had violated Turkey’s air space near the Syrian border, the military said.

Russia, whose jets operating in Syria had twice violated Turkish air space this month, insisted all its planes and drones were working as normal after the shoot-down.

The Turkish army said that the craft had been warned three times by Turkish planes but had maintained course.

It was then “downed by fire from our aircraft on patrol, according to the rules of engagement”.

The statement did not say if the downed aircraft was manned or a drone. But a Turkish official told AFP in Ankara it was an “unmanned aircraft”.

The army warned the air force would “decisively” implement Turkey’s rules of engagement.

NTV television, without citing its sources, also said the object was a drone, and it had fallen three kilometres (1.85 miles) inside Turkish territory.

Television pictures showed the military examining the crash site by the village of Deliosman in the southern Kilis region on the Syrian border.

The state-run Anatolia news agency published pictures of what it said was the downed craft lying upside down in the grass, showing it to be a small vehicle just a few feet in length.

Turkey, a key member of NATO, had earlier this month bitterly complained about two violations of its air space by Russian warplanes operating in Syria.

Turkish Prime Minister Ahmet Davutoglu had warned on October 5 after the Russian air space violation that Ankara would activate military rules of engagement irrespective of who violates its air space.

“Our rules of engagement are clear whoever violates our air space,” Davutoglu said.

“The Turkish armed forces are clearly instructed. Even it is a flying bird it will be intercepted,” he added.

But Russia’s military on Friday said all its planes in Syria had returned safely to base and its drones were “working as normal”.

“All the Russian planes in Syria have returned to the Hmeimim air base after completing their tasks,” defence ministry spokesman Igor Konashenkov told Russian news agencies.

“Russian unmanned aerial vehicles monitoring the situation on the territory of Syria and carrying out air reconnaissance are working as normal.”

Turkey supports the moderate opposition in Syria and has been infuriated by Moscow’s bombing campaign to support President Bashar al-Assad.