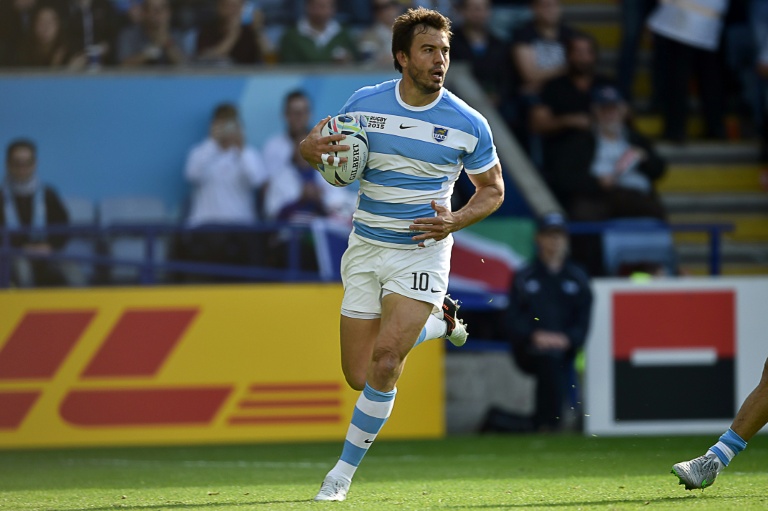 The Rugby World Cup quarter-final can be cruel — four teams go out, a lot of players will get their last game. Here are six players, outside the superstar bracket, who have given distinguished Test service but are unlikely to see another World Cup if beaten this weekend:

Known as ‘The Magician’ his box of tricks will be tested by Ireland on Sunday. Now 33 he occasionally still displays the agility and vision that saw him stand out at the 2007 World Cup where he dazzled at fly-half, inspiring the Pumas to the semi-finals including wins over hosts France and Ireland in the pool stage. He toyed with the Irish dropping a remarkable three goals. Has been a crowd pleaser at various clubs including Stade Francais. The raft of injuries he has suffered has had an impact, but as he showed in the opening try against Namibia last weekend the magic is still there. The Hernandez name is well known in Argentine sporting circles as his uncle Patricio was a member of the 1982 footblal World Cup squad and sister Maripi is a top field hockey player with three Olympic medals.

Should win a 100th cap for the Wallabies on Sunday. His recall has been a major bonus for the team in ‘green and gold’. He may not have grabbed the headlines but his experience was invaluable in the whipping of England — he rounded it off with a try — and the sterling defence against Wales. Now 33 he has not enjoyed great memories of the World Cup. Giteau came on briefly in the 2003 final when his future Toulon team-mate Jonny Wilkinson dropped a goal in the dying seconds of extra-time to secure an England win. Bizarrely omitted from the 2011 squad by then coach Robbie Deans, the former fly-half who is now a centre will hope this one ends on a happier note. Giteau has been an integral part of Toulon’s historic three European Cup victories —

Ireland’s most capped hooker with 88 Tests, he can be relied upon to fill part of the vacuum left by the loss of iconic captain Paul O’Connell. No 8 Jamie Heaslip should captain the side but 33-year-old Best will be crucial to keeping the ship steady, not only mentally but also with his trademark barnstorming displays. One of the remaining members of the 2007 squad who bowed out at the pool stage but then redeemed themselves with the Six Nations Grand Slam two years later. Best has been a pivotal player in a second renaissance under Joe Schmidt since 2013 with two successive Six Nations titles.

Ma’a Nonu may grab the headlines but he would not get them without his more discreet centre partner, 34-year-old law graduate Conrad Smith. Known as ‘Snakey’ he has partnered Nonu over 50 times and Smith said of the partnership this year: “It’s a bit like being marriedâ€¦ You don’t have to spend a lot of time together, but when you do get together it’s gold. I’m sure some of you guys are married and experience the same things.” Smith has well over 100 points to his credit for the All Blacks and would have over 100 caps but for injury. Played in the 2011 World Cup final win over France and is to end his playing career with French Top 14 club Pau who he joins after hostilities end in England.

Brothers-in-arms Jannie, 32, and Bismarck, 31, are coming to the end of glorious Springbok careers. Both members of the 2007 World Cup winning squad, Jannie despite his rather wild Viking-like looks is a doctor. His call-up as a replacement prop for the 2007 squad is probably one of the oddest of all time. He had just finished an all-night shift including performing a caesarean section. Hooker Bismarck has had a rather more prosaic life but he has played inconsistently at this World Cup.