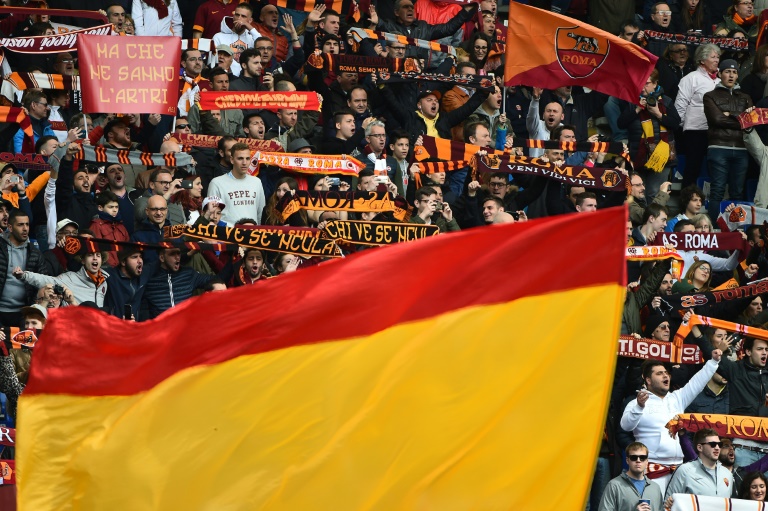 Roma president James Pallotta called for the full backing of disgruntled fans during a lively social media exchange on Thursday amid an ongoing strike by hardline supporters he claims is “hurting” Roma’s performances.

For the third year in succession Roma are hoping to challenge for the Serie A ‘scudetto’, the league title they last won in 2001.

But a large section of the club’s hardline fans, who traditionally occupy the more colourful and lively ‘Curva Sud’ end of the Olimpico, have gone on strike to protest police restrictions in and around the stadium.

Changes to security measures, including a crackdown on what fans can carry into the stadium, have prompted disgruntled fans to target Pallotta.

Pallotta and Roma are working towards creating a new stadium for the Serie A giants complete with expansive leisure and commercial facilities.

But in a social media exchange with fans on Thursday, the American called for fans to respect the security measures in place and return to the stadium to get behind Roma’s title push.

“We donâ€™t own this stadium and we donâ€™t make any decisions on security and safety at the Stadio Olimpico. That being said we have been having discussions since the changes were made with the police to find a solution,” said Pallotta.

“The police have asked for stairs and gates to be free, no flares and no bombs. The police are fine with chants and flags.

“It’s frustrating that our fans think we donâ€™t have a view and havenâ€™t been working behind the scenes to rectify this situation.

“I am frustrated though that while we try and find a solution, the team is being hurt by the decreased support at the stadium.

“I want to stress that we are working hard behind the scenes and donâ€™t think itâ€™s appropriate to discuss all solutions publicly.”

Fan violence in Rome, and within the Stadio Olimpico is nothing new.

Fans regularly shout racial abuse from the stands and on some occasions openly showed their support to former Roma ultra, Daniele De Santis, who was convicted of shooting Napoli fan Ciro Esposito before the 2014 Coppa Italia final between Napoli and Fiorentina.

They also branded banners at the stadium attacking Esposito’s mother for writing a book about her son.

Last season, riots in Rome between local fans and ultras from the visiting Dutch team Feyenoord led to a number of the city’s monuments being vandalised, putting city authorities further on edge.

Last month dozens of Roma fans, many known for violent tendencies, were issued fines of up to 167 euros after they had switched places with other Curva Sud supporters during Roma’s 2-1 win over Juventus on August 30.

Pallotta fielded a wide range of questions, ranging from the club’s plans for icon Francesco Totti to whether he would be interested in replacing the disgraced Mayor of Rome, Ignazio Marino, who resigned last week over an expenses scandal.

But when faced with one fan who described himself as “one of those fucking idiots” from the Curva Sud that Pallotta has criticised, the American businessman responded in equal measure.

“It is very nice to finally meet one of the less than 10 fucking idiots I called out a few months ago that I felt were harming the vast majority of our fans,” said Pallotta.

“Any time you want to write and have further discussions… as long as you promise you will listen to me too.

“I have had plenty of these messages, warmest regards, the fucking President!”