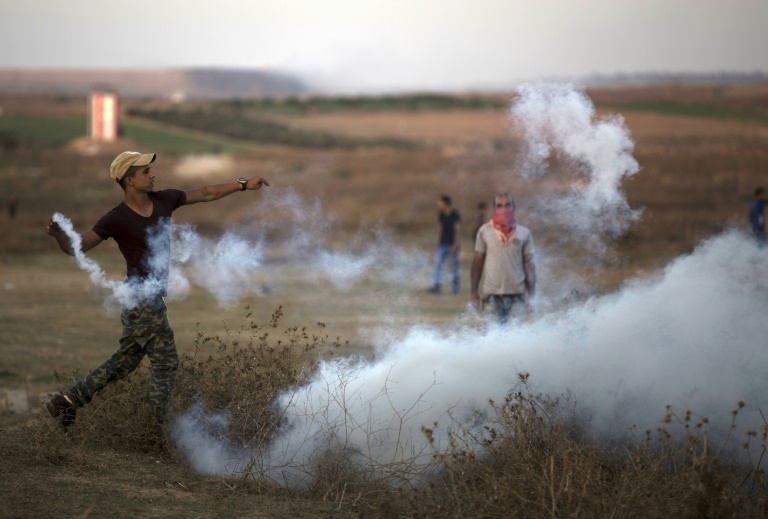 Israeli troops on Friday shot dead a Palestinian disguised as a news photographer who stabbed and wounded a soldier in the West Bank settlement of Kiryat Arba, the army said.

Military spokesman Arye Shalicar told AFP that the way the man was dressed “allowed him to approach the soldier.” He did not describe the man’s disguise.

Unverified photos that spread online of a man said to be the attacker showed him wearing a shirt with the word “press” stamped on it along with a brightly coloured vest.

The incident occurred after Palestinians called for a “Friday of revolution” against Israel amid a wave of deadly unrest.

It brought to 34 the number of Palestinians killed, including alleged attackers, since October 1.

Hundreds more have been wounded in clashes with Israeli forces since the start of the month.

Seven Israelis have been killed and dozens wounded.

Overnight, Palestinians torched a site revered by Jews in the West Bank in an incident that threatened to further inflame passions.

Palestinian president Mahmud Abbas, under pressure over recent comments that some have labelled incitement, quickly condemned the fire at the site known as Joseph’s Tomb in the northern city of Nablus.

The United Nations Security Council is due to hold an emergency meeting at Jordan’s request on Friday to discuss the upsurge of violence.