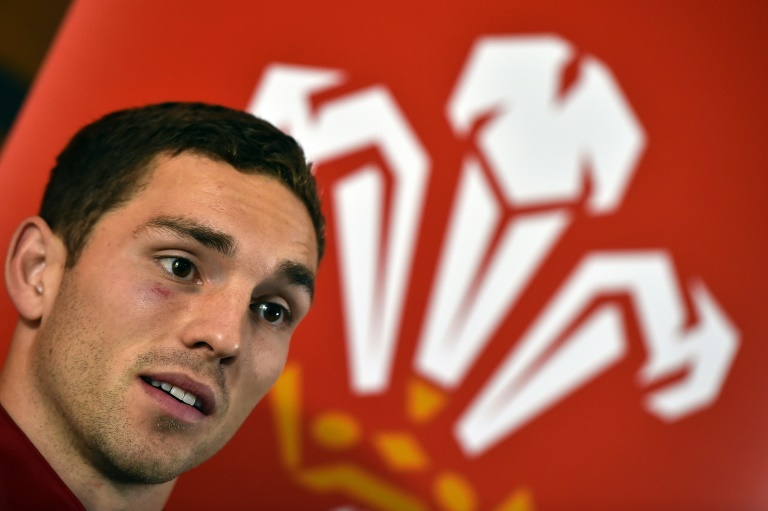 Four years ago George North congratulated Tyler Morgan on winning a schoolboy final, but on Saturday they will be in the same side when Wales face South Africa in a World Cup quarter-final at Twickenham.

“If someone had said then what would be happening now, I would have bitten their hand off, really,” the now 20-year-old Morgan told reporters at Wales’s hotel on Thursday.

“I was playing schoolboy rugby. The teacher told me I was at quite a high level, but I didn’t really believe him, and I remember playing in a Welsh schools cup final,” the centre recalled.

Morgan scored a try in the game. “I was 16, we won the game and then I met George North after the game, who was shaking some of the boys’ hands.

“Now I am playing with him on the weekend. It is pretty unreal.”

Morgan only made his Test debut against Ireland in a World Cup warm-up match in August. But he missed out when Wales coach Warren Gatland named his 31-man squad for the tournament opener.

Wales’s injury crisis, however, worked to Morgan’s advantage. After Cory Allen was ruled out after the Pool A match against Uruguay, the Newport Gwent Dragons midfielder was called up.

Morgan played in the pool win over Fiji and this weekend’s fixture, the biggest match of his career so far, will see the talented back win just his third cap.

“It has been really up and down,” said outside centre Morgan. “There were some really good highs, like my debut, and then I didn’t make the (World Cup) squad, which wasn’t the greatest feeling

“But the experiences this summer have been unforgettable, really,” he added.

Morgan, the youngest member of the Wales squad, has, unlike many of his team-mates, direct experience of Springbok centres Jesse Kriel and Damian de Allende after playing against the duo at Under-20 level.

“They are a really good pairing,” said Morgan. “They have got good variety in their game.

“Defensively, they are pretty strong, but I think there are some places we can attack because they still have a bit of inexperience.

“It’s a massive stage. It is going to be some (Wales) boys’ last World Cup,” added Morgan who, as a 16-year-old, watched Wales’ run to the semi-finals in New Zealand four years ago on television.

“The desire to get out there and actually win this World Cup is more than it has ever been for some of them.”