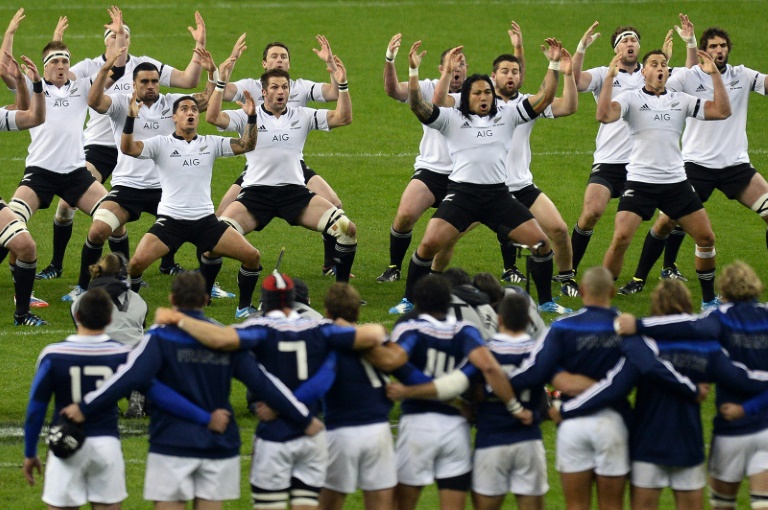 New Zealand v France, who meet in a World Cup quarter-final on Saturday, is a match with a rich history of controversy and no-holds-barred rugby.

New Zealand have won 42 of the 55 Tests since 1906, but it is the French who have provided some of rugby’s most indelible moments. Here are five of their most memorable clashes:

The Test became known as “the Battle of Nantes” and is remembered for a bloodied All Black backrower Wayne “Buck” Shelford taking his place in rugby folklore when he had his ripped scrotum sewn up on the sideline so he could return to combat in the western French city.

Shelford had four teeth knocked out in the match but with a warrior spirit that made him a national hero in New Zealand he played on until he was knocked unconscious late in the match. France won, but the match is remembered for an uncompromising Shelford refusing to back down.

The Auckland Test that produced “the try from the end of the world” and gave France their only series win in New Zealand.

With time almost up and the All Blacks ahead 20-16, fly-half Stephen Bachop kicked long to pin France deep in their territory. Conventional wisdom said wing Philippe Saint-Andre, now the French coach, should have returned the kick to get France back on attack.

But Saint-Andre caught the All Blacks unawares when he launched a counter-attack from inside his 22 and the ball went through nine pairs of hands in a length-of-the-field sweep which ended with Jean-Luc Sadourny’s sensational try.

The All Blacks have not lost in 35 Tests at Eden Park since then.

It was a World Cup semi-final at Twickenham, the All Blacks were red-hot favourites and when they raced to a 24-10 lead at half-time they were mentally rehearsing for the final against Australia.

But as is so often the case, the unpredictable French would not give up. They turned on the flair with a withering burst of 33 unanswered points that left the tournament favourites devastated.

The Cardiff game became New Zealand’s biggest World Cup disaster and their earliest exit — out in the quarter-finals.

The signs were similar to 1999 with the All Blacks overwhelming favourites and underestimating the opposition.

This time they raced to a 13-0 lead, felt they had the game in the bag, and mentally switched off while France rallied.

When Yannick Jauzion scored the match-winning try with 10 minutes remaining it woke up the All Blacks. But despite a sustained attack on the French line they could not break an heroic defence.

New Zealand, desperate to win the World Cup for the first time in 24 years and on home ground, met France in pool play and cantered home 37-17.

Four weeks later they met in the final in Auckland and France rose for the big occasion.

Tony Woodcock’s try was the only score in the first half before Stephen Donald stretched the lead to 8-0 with a 46th-minute penalty.

A converted try to Thierry Dusautoir immediately after closed the gap to one point and then began a relentless 33 minutes of trench warfare.

With both sides desperate to win and neither willing to take a risk, gains were made in centimetres.

It was not pretty but with a world title at stake superiority mattered more. When the clock eventually ticked past 80 minutes and Andy Ellis kicked the ball out to end the game the All Blacks knew it was possible to beat France in a crunch match.