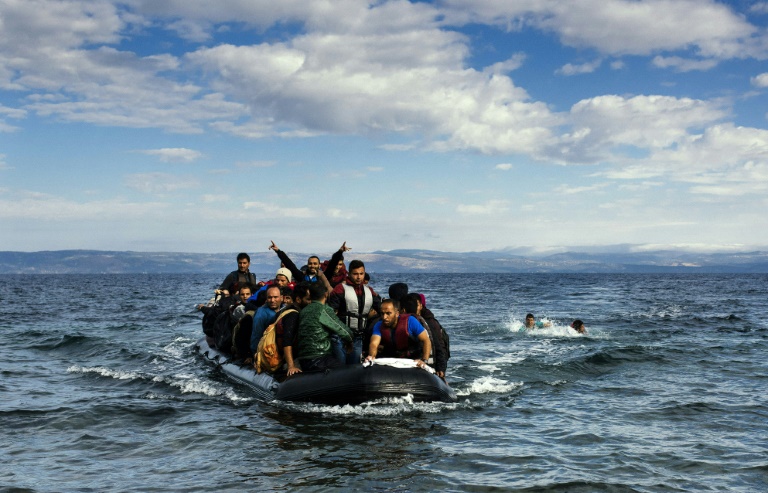 The EU and Turkey reached a deal on Thursday to stem the flow of refugees, as an Afghan migrant was shot dead at the Bulgarian-Turkish border in a dangerous new turn in the crisis.

The death, believed to be the first of its kind during the crisis, forced Bulgaria’s premier to fly home from a summit of European leaders in Brussels where the agreement with Turkey was announced.

Under the plan, Turkey agreed to tackle people-smugglers and take measures to keep more of the millions of refugees fleeing the Syrian conflict from crossing by sea to Europe.

In exchange, European leaders agreed to give Ankara more funds to tackle the problem and to speed up work to ease visa restrictions on Turkish citizens travelling to Europe.

European Council President Donald Tusk said the deal was a “major step forward” but added that “an agreement with Turkey only makes sense if it effectively contains the flow of refugees.”

Turkey is the main departure point for the more than 600,000 migrants who have entered Europe this year, most of them making the short but dangerous sea crossing to the Greek islands, but some also coming by land.

Tusk said Bulgarian Prime Minister Boyko Borisov told him about the Turkish border shooting just before he left the summit, adding: “It shows how important our discussion was. Prime Minister Borisov is aware that we are ready to help.”

Bulgaria, which last month started deploying 1,000 troops on the Turkish border, said the Afghan was shot in an “incident” as a large group of migrants tried to cross the frontier.

“One man suffered a gunshot wound in the incident and died on the way to hospital,” an interior ministry spokeswoman told AFP.

The crisis has already claimed the lives of more than 3,000 people this year who have drowned while making the dangerous crossing of the Mediterranean as they flee conflict and repression in the Middle East and elsewhere.

Seven more migrants, four of them children, drowned on Thursday after their boat collided with a Greek rescue vessel near the island of Lesbos.

The Turkish deal came after European Commission officials visited Turkey on Thursday in a last-ditch effort to persuade the government to sign up to the plan, following a visit by President Recep Tayyip Erdogan to Brussels last week.

Turkish officials presented their EU counterparts with a “wish list” during the talks in Ankara on Thursday, which European Commission President Jean-Claude Juncker later talked the leaders through at their summit in Brussels.

Juncker told AFP that there was no concrete amount of money in the final deal and the figures would have to be negotiated.

Juncker added that Turkey would not get a free ride when it came to the easing of visa rules, and there would be a clear link between its commitments to helping manage the migrant crisis and progress on its EU membership.

“We have agreed with our Turkish partners that the visa liberalisation process will be accelerated but this does not mean that we will step away from the basic criteria,” he said.

Turkish Prime Minister Ahmet Davutoglu had stressed there would be no agreement without a visa deal.

“We will not sign a re-admission deal before we obtain progress on the question of Schengen visas (to the EU’s passport-free area) and an easing of conditions for visas for Turkish citizens,” Davutoglu told Turkish TGRT television in an interview.

French President Francois Hollande said there had to be “clear rules” on what Turkey could expect, playing down Ankara’s demands for the easing of visa rules.

The 28-nation European Union has been left more divided than ever by the migration crisis, especially given fears the Schengen zone could collapse as countries try to curb the huge numbers of migrants criss-crossing the continent.

Hungary’s Prime Minister Viktor Orban, who has already faced criticism for his hardline stance towards migrants, announced Thursday it had completed construction of a fence along its southern border with Croatia to stem the massive daily influx.

Croatia said more than 4,800 people had entered on Wednesday, bringing the overall number of arrivals in the EU member state to nearly 175,000.