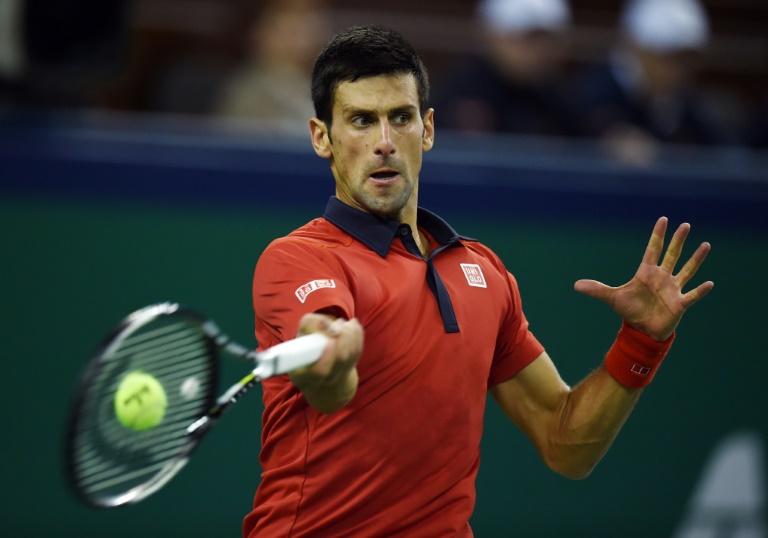 Djokovic had to work hard in a tough first set before he blew Tomic away, winning 7-6 (8/6), 6-1, while Murray saw off Berdych 6-1, 6-3 to make it three straight victories over the Czech this year.

Earlier, Rafael Nadal’s resurgence gained momentum as the Spaniard cruised to a 6-2, 6-1 win over Stan Wawrinka, setting up a clash with Jo-Wilfried Tsonga, who was taken to three sets by Kevin Anderson.

Top-ranked Djokovic was pushed all the way by Tomic in a thrilling opening set but after he edged the tiebreak 8/6, it was plain sailing as the Australian capitulated.

“I think physically maybe he felt a bit exhausted. Last night he played three sets. He finished after midnight. Maybe that has influenced a little bit his game in the second set,” Djokovic said.

“Then again, I’ve started to read his serve a little bit better, started to move him around the court. The first game of the second set was crucial, I think, making that break.”

Tomic has a reputation for quick losses and was once dubbed “Tomic the tank engine”. Last year he lost the fastest recorded match 6-0, 6-1 to Jarkko Nieminen in 28 minutes, 20 seconds in Miami.

But the 23-year-old, who had a late-night tussle with Richard Gasquet on Thursday, has been rising up the rankings and he is now projected to reach a career high of 18.

“For me it was very, very important this first set — after, I think I was dead,” Tomic said. “I was trying to stay with him but he looked so fresh and so energetic.”

World number two Murray and Berdych, who is trained by the Briton’s former coach, played a combustible four-set match at this year’s Australian Open but their 13th career meeting turned out to be one-sided.

Murray owned the Czech in the first set and it was not much different in the second as he moved quickly into a semi-final against Djokovic, a fellow two-time winner in Shanghai.

“Andy has… been on the top of the men’s game for so many years, a Grand Slam winner, Olympic gold medallist, somebody that understands how to play on a big occasion,” Djokovic said.

Elsewhere, Nadal easily beat fourth-ranked Wawrinka to bring up his first win over a top-five player in more than a year and extend a hot streak after he also reached last week’s China Open final.

Spain’s Nadal was on court for just 64 minutes against the Swiss, who was also feeling the effects of his marathon three-setter against Marin Cilic late the previous night.

The French Open champion, who won last week in Tokyo, made 34 unforced errors and was on target with just 45 percent of his first serves as he folded meekly.

“Today I was just struggling a little bit. It’s that simple. Against Nadal you cannot do anything if you’re not 100 percent,” Wawrinka said.

For Nadal, hours of extra work on the practice court look to be paying off as after a tough year, he fights to recapture the form that brought him 14 Grand Slam titles.

“Being in the semi-finals is a great result for me. I didn’t play any semi-finals on hard court this year, now I am playing (them) two weeks in a row,” he said.