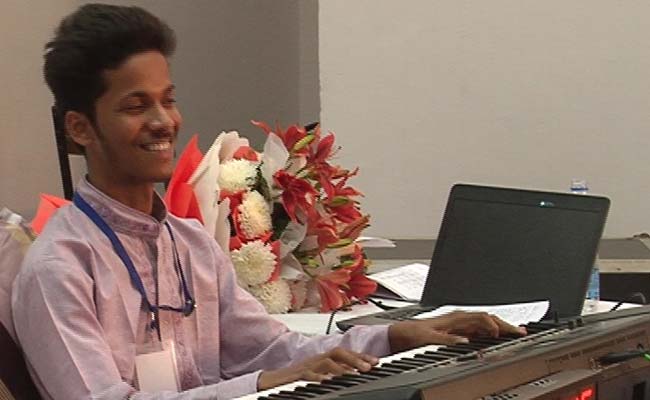 “The pianokeys are black and white
but they sound like a million colors in your mind”, said Maria Cristina Mena once. And if those piano keys can make you world famous, it’s the icing on the cake for anyone.

Mrityunjay Sharma, a 19 year old student from Shri Ram College of Commerce, Delhi is on cloud 9 as now he holds the world record for playing the piano continuously for the longest time.

He played for more than 103 hours continuously to make the Guinness record.

After playing non-stop for over 100 hours, Mriynjay took a 20-minute break and started to play again to reach his target.

Mrityunjay has been awarded one lakh rupees by Shri Ram College of Commerce.

The young and talented pianist was always interested in the keyboards and reportedly played the harmonium even before he could learn to write.

The nation is proud to have such young talents!