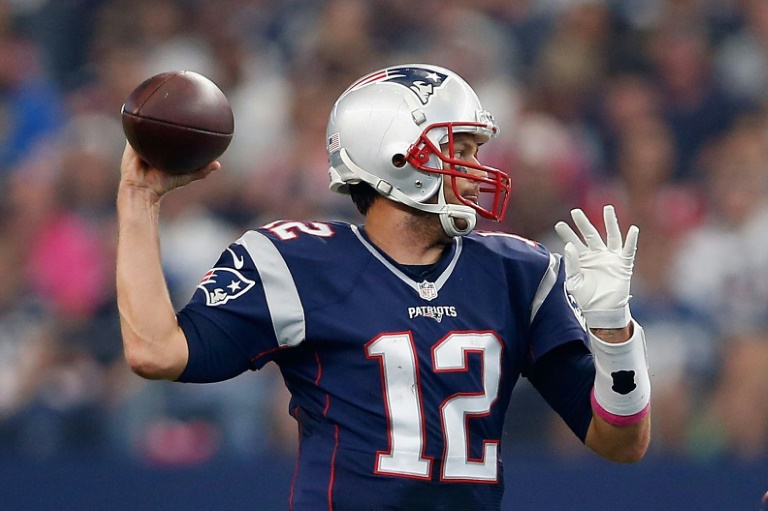 With Tom Brady off to a sizzling start, the New England Patriots are unbeaten entering Sunday’s visit to Indianapolis, a rematch of the NFL playoff game that sparked the “Deflategate” scandal.

Instead of serving a four-game suspension for his role in the controversy over under-inflating of balls, star quarterback Brady has sparked the Patriots to a 4-0 start, completing 116 of 160 passes for 1,387 yards with 11 touchdowns and no interceptions.

While neither team speaks much about the controversy, neither has forgotten it was the Colts who complained about the air inflation levels in last year’s American Conference final that led to the still-simmering “Deflategate” scandal that stole some of the thunder from their 45-7 rout of the Colts and subsequent 28-24 Super Bowl victory over Seattle.

“I expect them to come in well-prepared with their hair on fire ready to play hard,” said Colts kicker Adam Vinatieri, a former Patriot. “We just have to match their intensity. It’s going to be an electric atmosphere.”

“Deflategate” began with an interception of Brady that led the Colts to complain about the balls used by New England’s offense. A half-time check found them below NFL minimums and led to a furor for two weeks ahead of the Super Bowl.

After an NFL probe produced no evidence but declared Brady must have known about tampering, NFL commissioner Roger Goodell imposed a four-game suspension on Brady and upheld the ban after Brady appealed and a hearing was conducted.

So with all that aggravation, how could Brady not be more motivated than usual against the Colts? The 38-year-old husband of model Gisele Bundchen wouldn’t answer directly.

“I’m always pretty motivated,” Brady said. “It’ll be an exciting game. They have a good team. They have won three straight. It’s going to take a great effort to beat them.”

Told a desire for revenge would be only human, Brady noted, “I’m a human. There’s no doubt. I’m definitely human.”

Colts coach Chuck Pagano has tried to put the blowout loss and “Deflategate” behind 3-2 Indy.

“We have moved on just like everybody else has moved on from that ball game,” Pagano said. “That’s the outside. That’s all the noise surrounding this deal.”

Patriots coach Bill Belichick is trying to focus on the game and not the controversy as well.

“There are always a lot of things on the outside. We just try to focus on what we need to do to play well,” he said. “We’re just going to try to do our best to go out there and play well.”

Arizona will visit Pittsburgh as well with former Steelers offensive coordinator Bruce Arians, fired after the 2011 campaign, making his return to Pittsburgh for the first time since being axed. He has won two NFL Coach of the Year awards with the Cardinals.