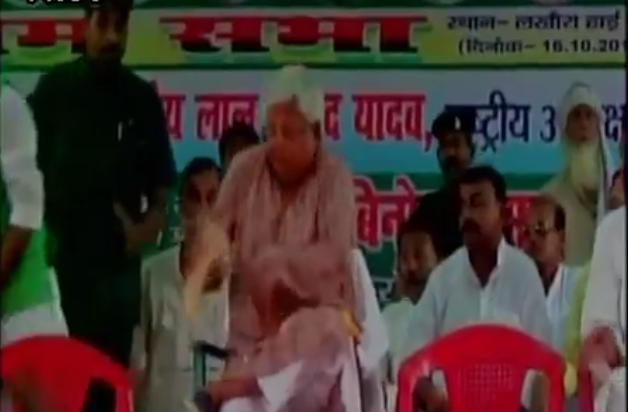 Motihari: RJD chief Lalu Prasad Yadav had a close shave after a ceiling fan fall on him during an election rally in Motihari, Bihar.

Ceiling fan falls on @laluprasadrjd during an election rally in Motihari, #Bihar pic.twitter.com/owM3OdplqE

Though the minister escaped unhurt, but it indicted callousness of the organizers.