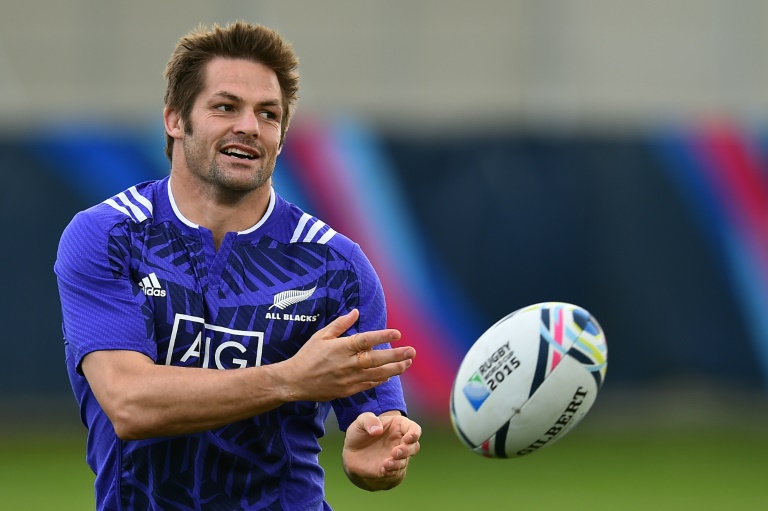 All Blacks coach Steve Hansen raised the Rainbow Warrior bombing on Thursday as tensions mounted ahead of the World Cup grudge match against France.

The Cardiff quarter-final on Saturday will be another do-or-die clash between two sides with a history of confrontations at crucial stages of the World Cup.

Raking over the famous France 20-18 victory in the 2007 quarter-finals has been a focal point for Saturday’s match which will e at the same Millennium Stadium.

Hansen took no chances when he named an extremely experienced All Blacks side containing 1,295 Test caps on Thursday, with captain Richie McCaw returning from a thigh knock that sidelined him from their last game.

Ma’a Nonu pipped Sonny Bill Williams for the inside centre role, Nehe Milner-Skudder takes the vacant wing spot and Wyatt Crockett as expected takes over at loosehead prop from Tony Woodcock who has been injured out of the tournament.

Other than that the team selected itself as Hansen said it was “the time of the tournament when the big boys have got to stand up or we’re going home.”

And if the motivation of atoning for losing to France in the 2007 quarter-finals and 1999 semi-finals was not enough, Hanson noted that animosity between New Zealand and France was not confined to the rugby field.

“We don’t limit it to the Rugby World Cup,” he said.

“There’s been a great relationship between the two countries for a long long time and apart from the Rainbow Warrior we’ve probably been on the same page most of the time.”

A French photographer was killed when French secret service agents blew up the Greenpeace flagship Rainbow Warrior when it was berthed in New Zealand 30 years ago.

Two agents were later jailed for manslaughter over the incident that strained New Zealand-France relations.

But from highlighting the French military raid on New Zealand territory, Hansen quickly softened and talked up the French players.

“From a rugby point of view we’ve got similar athletes. France have always had great athletes,” he said, singling out captain Thierry Dusautoir in particular.

“He’s one of the great players of all time,” Hansen said.

“If there wasn’t a certain Richie McCaw running around during that same period Dusautoir would probably be seen as the guy whose played the best rugby in that (seven) position over a long period of time.

“He’s calculated, he’s cool under pressure, he has a smart rugby brain on him and he’s a good man, a good character, plays the game with the right spirit and he’s a great ambassador for french rugby.”