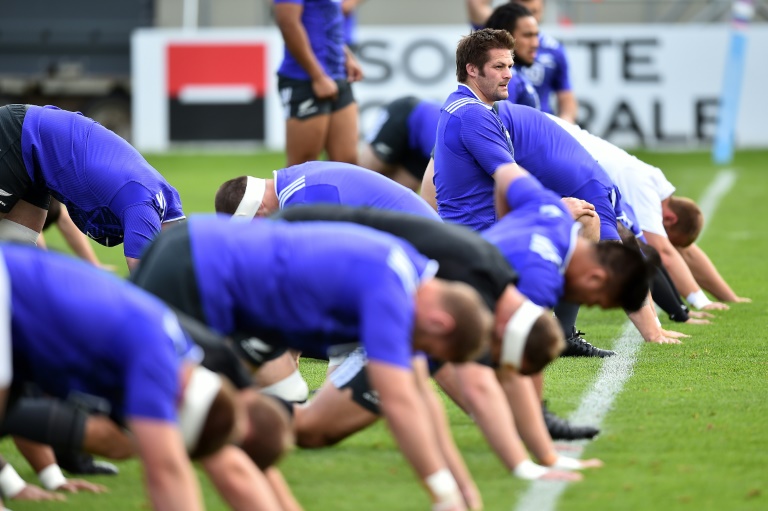 The All Blacks are backing a band of ageing warriors led by Richie McCaw in their showdown with France on Saturday and the chance to bury a nightmare in a rematch of their 2007 World Cup quarter-final.

New Zealand v France is more than just the first knockout match of the 2015 tournament.

It has all the ingredients for a colossal showdown at Cardiff’s Millennium Stadium between two sides with bitter history.

New Zealand are again overwhelming favourites, but it is well documented how a fragmented French can galvanise when they face the All Blacks in a do-or-die situation. They showed that in the 1999 semi-finals and the 2007 quarter-finals.

France, upset at losing the 2011 World Cup final 8-7 to New Zealand, are again lapping up being the underdogs.

But All Blacks head coach Steve Hansen, who was assistant coach when the world champions capitulated eight years ago, said history was what motivated his side.

“We know what’s on the game, as everyone else does. You don’t have to be a rocket scientist, but that’s the sort of thing that excites this team.

“Everyone’s really excited, the atmosphere’s growing, it’s the time of the tournament when the big boys have got to stand up or we’re going home.

“Our guys love a challenge and we know there’s not many bigger challenges than playing France.”

Hansen’s answer is to bank on experience, selecting a side stacked with 1,295 caps, six players over 30 and an average age of 28.

McCaw, the world’s most experienced Test player, is back from injury to lead the side in his 146th international.

Dan Carter, the world’s leading points scorer, plays in his 110th Test while Ma’a Nonu, who won out over Sonny Bill Williams to mark Wesley Fofana will be starting his 101st Test.

Hansen believes it will be that experience that gets his side through.

France have spoken of “rage” after folding against Ireland in their last pool game and have targeted the All Blacks to show their true worth.

While the All Blacks have to erase their 2007 nightmare, France are still bitter over the 2011 final, claiming an avalanche of inexplicable penalties in the final 30 minutes aided the All Blacks.

French coach Philippe Saint-Andre has recalled experienced scrum-half Morgan Parra and replaced blockbusting centre Mathieu Bastareaud with the more elusive Alexandre Dumoulin in an indication he wants to take the game to the All Blacks.

“If we want to beat New Zealand we have to play the French way,” said Saint-Andre whose own playing years were when the famous “French flair” was at its peak.

But to do that they need possession and Saint-Andre, even with a talented loose trio of Louis Picamoles, Bernard Le Roux and Thierry Dusautoir conceded that has not been their strong point.

“We will need to improve in the rucks and take a lot more individual initiative,” he said.

The All Blacks backs have been working themselves into form and produced some scintillating play in the second half of their last match against Tonga.

Wing Nehe Milner-Skudder, while still a novice at this level, has shown in his first World Cup he knows the way to the try line.

Around him, the Smith trio — Ben, Conrad and Aaron — as well as Julian Savea, Nonu and Carter have been the core of the All Blacks seldom-bettered running game in recent years.

But like France, the All Blacks forwards have yet to produce a dominant performance, but Hansen maintained there was nothing to worry about.

“Worry is a waste of emotion,” he said as he tried to ease the tension on his players who are well aware that they carry the weight of a nation demanding revenge.

“Saturday’s the fun part of the week, Sunday to Friday is the work days.”