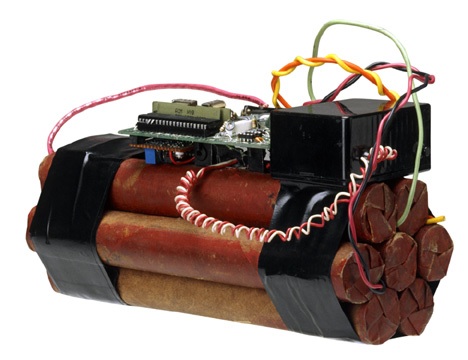 A man was injured when two powerful bombs, suspected to have been planted by unidentified militants, exploded 100 metres apart, on Thursday between Tiger Camp and Uyumpok Purum Pangaltabi in Manipur’s Imphal East district, the police said.

A morning jogger informed the Sagolmang police station and 16 Assam Rifles about a bomb-like substance wrapped in plastic on the road side, the police said.
Another bomb exploded nearby injuring Amid Khan (37) of Uyumpok Purum Pangaltabi village.

The police bomb sqaud defused an unexploded bomb, which was a digital timer bomb containing 11.5 Kg of RDX with electric detonator, 9 volt batteries, spinder 3 Kg and weighing a total 4.5 Kg.

In the afternoon, women residing in Tiger Camp staged a sit-in-protest condemning the planting of bombs in inhabited areas.