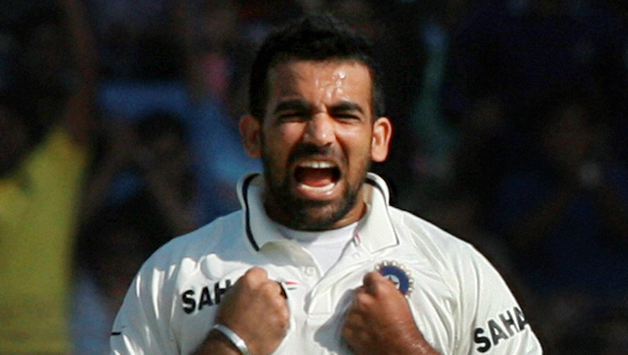 Few bowlers in the history of Indian cricket had more control on their craft as Zaheer Khan, who certainly was the finest exponent of left-arm pace bowling that the country has ever produced.

His lively pace and ability to spear in toe-crushing yorkers, marked him out as a different breed of fast bowler than the ones Indians were used to seeing.

When it comes to left-arm seam or quick bowlers, who have played the game over time, Wasim Akram probably sits on a different pedestal but Zaheer certainly was India’s ‘Very Own Akram’, may be a notch below but very effective nevertheless.

Reverse swing came into Indian cricketing conscience with Manoj Prabhakar but someone who took it to another level was Zaheer or ‘Zak the Ripper’ as fans would affectionately call him. Zaheer made Indian bowlers believe that reverse swing is not the preserve of Pakistani bowlers.

There are bowlers who have better statistical record than 311 Test wickets in 92 games and the 282 scalps in the 200 ODIs but what numbers alone would not be able to reveal is his ability to be a genuine match-winner in all conditions.

What the stats don’t tell is the number of matches he missed due to injuries in the last four years during which his international as well as IPL appearances were far and few in between.

The story of 37-year old Zaheer, who called time on his international career today, was how one acquires envious skill set with hard work and devotion.

If one tries to dissect the career of the man from Shrirampore in Maharashtra, then it would be divided into three distinct segments.

The first phase was the start of his international career in Nairobi during the Mini World Cup in 2000 when he burst into the scene as a tearaway quick bowler unleashed by Sourav Ganguly.

The second phase was of a man, who knew exactly what he could do with red cherry. He shortened his run-up, lessened that pronounced jump while loading up and became an expert with old ball in sub-continental conditions.

This was the phase when Trent Bridge happened as India won a Test series in England, Test series against Australia at home where he was lethal with the old ball. His experience was most used in the 2011 World Cup when he was the joint leading wicket-taker in the tournament with 21 wickets and more importantly provided crucial breakthroughs for India. However, that tournament turned out to be his last successful one for India.

The third phase was a disappointing one which started with pulling out with a hamstring injury on the first session of the first day of a Test match against England at Lord’s.

Zaheer had a surgery and was never the same bowler again despite still managing to trouble his ‘bunny’ Graeme Smith, whose “number was always” available with the classy left-armer. By the time he played his last Test match in Wellington during February 2014, one could see that he was bowling from memory.

It was his last five-for in Test as well as international cricket but Zaheer’s ardent fans would not like to remember that 5/170 despite his incisive first spell.

Talking about the first phase, Zaheer came just when Javagal Srinath, one of India’s genuinely quick bowlers was entering the business end of his career.

Left-arm seamers are a rarity and here was someone clocking regularly in the region of 140 kmph to 145 kmph. One of the memorable dismissals in that early phase was a lethal yorker bowled by Zaheer to get rid of Steve Waugh in his very second ODI.

It is now well-documented as to how he was a vital cog in Sourav Ganguly’s scheme of things during that phase along with Virender Sehwag, Yuvraj Singh, Harbhajan Singh and Ashish Nehra.

The quartet played a massive role in India turning out into a quality unit under Ganguly’s leadership as they won the Natwest Trophy, drew the Test series in England and Australia, won in Pakistan and reached the World Cup final. However, the two-year phase under Greg Chappell was a nightmarish one for Zaheer, just like his then skipper and some of the senior players.

Zaheer, on his own admission, was circumspect during that phase as Chappell had told him that he might be dropped from the side. His fitness dipped, performance waned and was dropped from the Indian side after the tour of Pakistan in 2006.

He went to county cricket and that was the start of the second phase at Worcestershire, that led to a transformation from a tearaway quick bowler to a cerebral exponent of left-arm quick bowling.

It includes a lot of variations that don’t readily happen for ordinary seam bowlers: getting the ball to shape in into a right hander, to make the ball move away and get it to reverse when the ball gets old. Zaheer had it all and could do it without much effort.

A good season at Worcestershire enabled a comeback for the tour of South Africa at the end of 2006 but his finest hour came in 2007’s English Summer.

He made full use of his knowledge of conditions picking 18 wickets in three Test matches with a haul of 9/134 in India’s series winning victory.