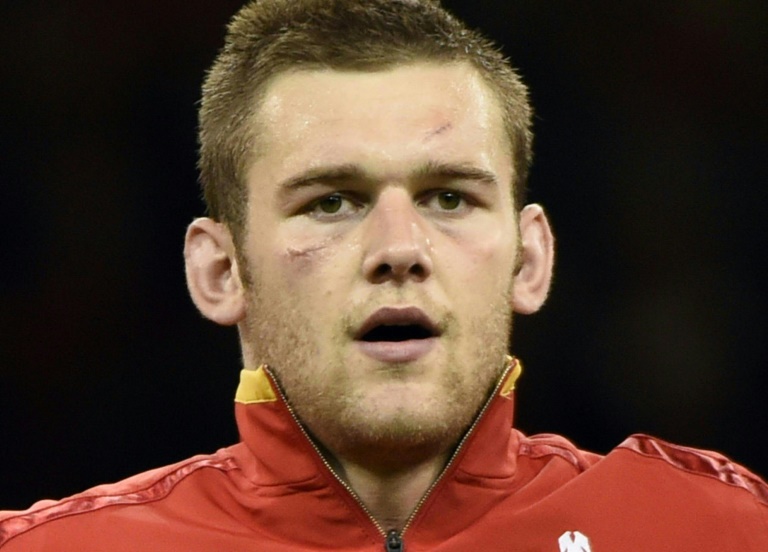 Wales have recalled Dan Lydiate for their World Cup quarter-final against South Africa after the flanker had a plate inserted into his eye socket.

Lydiate missed last week’s 15-6 defeat by Australia in the Pool A decider — a match in which he could have played according to Wales coach Warren Gatland.

Instead, Wales opted to bring in breakdown specialist Justin Tipuric to face the Wallabies.

But now Gatland has decided Lydiate’s renowned tackling skills are required against the ever physical Springboks.

Lydiate, who suffered the injury in a pool match against Fiji has had an operation on his eye so that he can start at blindside flanker.

Wales captain Sam Warburton — who filled the blindside role against the Wallabies — moves to openside flanker in a back-row completed by Taulupe Faletau at No 8.

“It was a really tough game last week and we compromised ourselves a bit with Sam at six and Justin at seven,” said Gatland at Wales’ training base in Weybridge, southwest of London, on Thursday.

“We hadnâ€™t considered Dan at all with the knock he’d taken to the eye. We felt that with South Africa going back to a tried and tested physical approach, we needed to match that physicality which is why we’ve gone back to that balance with a genuine seven on the ball.

“Dan wonâ€™t need any extra protection. The plate was inserted into his eye socket.

“He was fit for last week, but we made decision that we didnâ€™t select him. Heâ€™s fine.”

Lydiate was one of three changes announced by Gatland to the team that started the loss to Australia.

Tyler Morgan came in at centre to partner Jamie Roberts in midfield. George North returns to the wing, Liam Williams having been ruled out of the tournament because of injury, while prop Gethin Jenkins starts in place of Paul James.

Newport Gwent Dragons’ Morgan was called into Wales’ injury-hit squad when Cory Allen was ruled out of the tournament last month.

Morgan made his Test debut in a World Cup warm-up match against Ireland in August but did not make Gatland’s original 31-man squad for the tournament.

After replacing Allen, he started when Wales beat Fiji in Pool A and Saturday’s match will be his third cap.

Jenkins will be winning the 119th cap of his Test career this weekend.

Lock Alun Wyn Jones is set for his 100th international appearance — 94 for Wales and six for the British and Irish Lions.

Gatland, who guided Wales to a World Cup semi-final in his native New Zealand four years ago, said: “After coming through an incredibly tough Pool, we are excited to be in the quarter-finals and returning to Twickenham.”

“They have grown game-on-game in this tournament and we know the challenge that faces us from a talented South African side,” Gatland added.

Wales lost 16 matches in a row to the Springboks before winning their most recent encounter 12-6 in Cardiff in November.