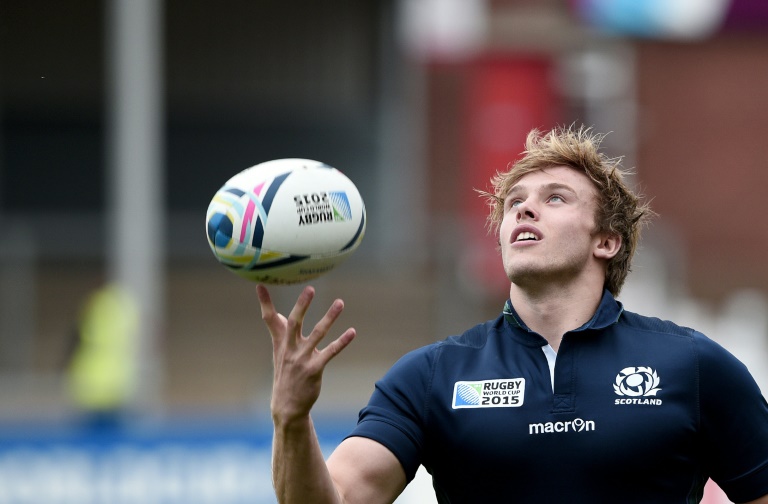 Scotland on Thursday appealed against three week bans imposed on Ross Ford and Jonny Gray that rule them out of the World Cup quarter-final against Australia.

The Scots — who face Australia on Sunday at Twickenham — judge the punishments were too severe on hooker Ford and lock Gray which would rule them out of the rest of the tournament.

Ford was accused of a dangerous tackle and Gray was said to have committed an illegal tip tackle during the 36-33 win that secured Scotland’s place in the quarter-finals last Saturday.

By contrast Argentina back Marcelo Bosch received a one week ban also on Tuesday for a tip tackle.

Both Ford and Gray — who partners his older brother Richie in the second row — denied the charges at their hearing in London on Tueday.

“Scottish Rugby will appeal against the suspensions issued to both Ross Ford and Jonny Gray,” said a Scottish Rugby Union statement.

“It will contest the length of suspensions given, following the Independent Citing Commissionerâ€™s review of the final Rugby World Cup Pool B match versus Samoa on Saturday 10 October and subsequent ruling by Judicial Officer Christopher Quinlan QC.

“Both players have exemplary records and are widely acknowledged as model professionals who play the game in the right spirit. Their actions had no malice or harmful intention.”

Details of the specific incidents have not been released, however judicial officer Christopher Quinlan ruled “each player committed an act of foul play contrary to law.

“Tackles involving a player being lifted off the ground and tipped horizontally and were then either forced or dropped to the ground must be dealt with severely by match officials and all those involved in the disciplinary process.”

“We hold Ross and Jonny in very high regard and as a result will be launching a robust appeal to challenge their suspensions, which we feel are unduly harsh,” said Dodson.

“I have raised their case with Brett Gosper at World Rugby and asked for consistency in how such incidents are punished.

“It is clear other Unions are also seeking better clarity on the use of citing and the interpretation of how key areas of the game are scrutinised and the subsequent levels of punishment set.”