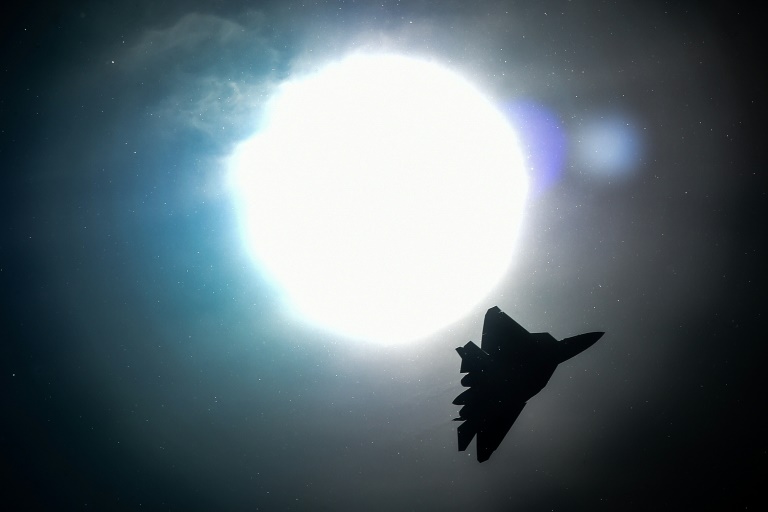 Fighting was also reported on the ground in the northern city of Aleppo, where jihadists from the Islamic State group were advancing against rebels.

Talks by videoconference Wednesday came after US and Russian planes passed within kilometres (miles) of each other at the weekend.

Russia’s air campaign, launched September 30, has raised fears of a confrontation with the US-led coalition that has been bombing IS in Syria and Iraq for more than a year.

“The procedure for further action by the two sides was agreed,” it added, without elaborating.

In Washington, a defence department official said a deal could be signed in “the coming days”.

“We are nearing completion of a memorandum of agreement that would set up procedures to enhance air safety,” the official said.

“Visual identification took place. All pilots conducted themselves appropriately and everyone went about their business,” he said.

“But this is dangerous right?… There’s always going to be some risk if there are uncoordinated actors in the battle space.”

Moscow confirmed the incident, saying one of its fighters had approached a coalition plane after detecting “emissions from an unidentified flying object”.

“Our fighter turned and flew to a distance of two to three kilometres (one to two miles from the plane), not with the aim of scaring someone, but to identify the object in question and to whom it belonged,” defence ministry spokesman Igor Konashenkov said.

Moscow said earlier that Washington had declined to host a high-ranking Russian delegation or to send its own team to hold separate broader discussions on Syria.

Russia’s intervention has raised tensions with Washington, and Germany cautioned Wednesday against a full-blown conflict between them.

Foreign Minister Frank-Walter Steinmeier, who is to visit Iran, Saudi Arabia and Jordan in the coming days, said he wanted to “urgently caution the US and Russia not to militarily engage in a way that in the end could lead to a conflict”.

Russia, which says its campaign is targeting IS, announced Wednesday that its jets had hit 40 targets belonging to the jihadist group in five Syrian provinces in the past day.

Syria’s regime has managed to advance in the strategic Sahl al-Ghab region that is a gateway to Assad’s coastal heartland of Latakia thanks to Russian air support.

And on Wednesday regime forces began an operation to dislodge insurgents from the Jobar area on the eastern outskirts of Damascus, a military source said.

A day earlier, Russia’s embassy was hit by two rockets reportedly fired from rebel-held territory on the eastern edges of Damascus. There were no reports of dead or wounded.

Jobar, a battleground for more than two years, has been devastated and most of its residents fled. The army has tried repeatedly to retake it.

In other violence, the Syrian Observatory for Human Rights said two women and six children from Azerbaijan, probably families of IS fighters, were killed in an air strike in Deir Ezzor province. It was unclear whose planes were involved.

In northern Syria, meanwhile, the Observatory said IS had seized territory in Aleppo province from rebels, blocking a key route between Aleppo city and Turkey.

The fighting killed 13 IS fighters and seven rebels.

“The rebels have suffered several reversals to IS in northern Aleppo and are caught between IS and the forces of the regime,” said Maamun al-Khatib of the rebel Shabha news agency in Aleppo.

Syria’s war began in March 2011 with anti-government protests but has since evolved into a complex multi-front battle involving the regime, rebels, jihadists and Kurds.

The Kurds have emerged as a key force fighting IS and a leading partner for the US-led coalition, but their rising profile has rankled Turkey.

“Turkey cannot accept any cooperation with terrorist organisations which have waged war against it,” he said.

Turkey considers the main Kurdish group in Syria to be an offshoot of the outlawed Kurdistan Workers’ Party (PKK) which has waged a bloody insurgency against Ankara since 1984.