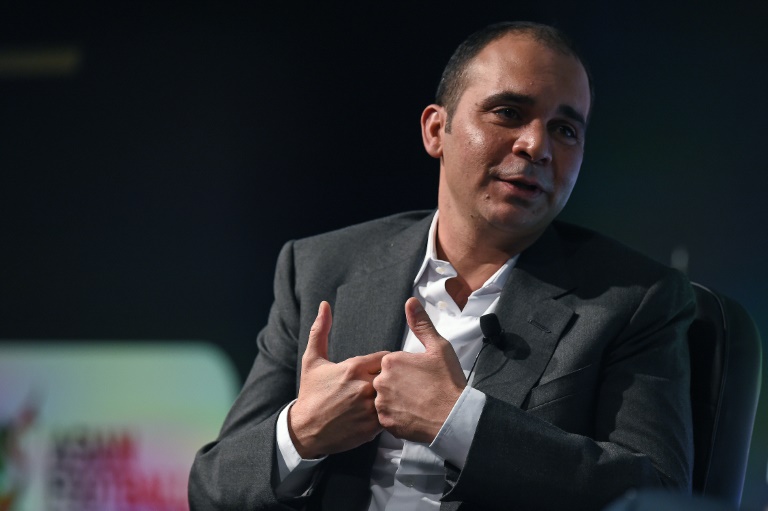 The Jordanian prince, a former FIFA vice president, said he had the necessary backing from five of FIFA’s 209 member associations but declined to name them.

With Blatter and two of his rivals — UEFA president Michel Platini and South Korean tycoon Chung Mong-Joon — either suspended or banned, the prince said he had sent a message to all members setting out his case for change.

“For all of us these are dark times. Restoring FIFAâ€™s credibility will not be an easy task, but together it can be done. For the good of the game and all who love it, I humbly ask for the honour of your support,” the message said.

In a separate statement to announce the deposition of his candidacy, the prince added: “This time of crisis at FIFA is an opportunity for positive change.

“Many good ideas have emerged in the current discussion over FIFAâ€™s future. A better future will only come if ideas turn into action â€” and that will only happen if FIFA has the right leadership.

“I am confident that FIFA can emerge from this difficult period with its reputation restored and become organisation that is once again viewed with respect.”

The prince said he would not name the countries which had backed him “out of respect” for the associations involved.

Frenchman Platini has also registered his papers but may not be able to stand if he fails in an appeal against a 90 day suspension.

It is not known if Chung registered his papers before being banned for six years last week. He has also made an appeal.

The prince stood against Blatter in an election earlier this year but withdrew after the first round. Blatter announced four days later that he would stand down.

The FIFA president is now under criminal investigation in Switzerland. Platini has been named in the inquiry over a $2 million payment from FIFA.