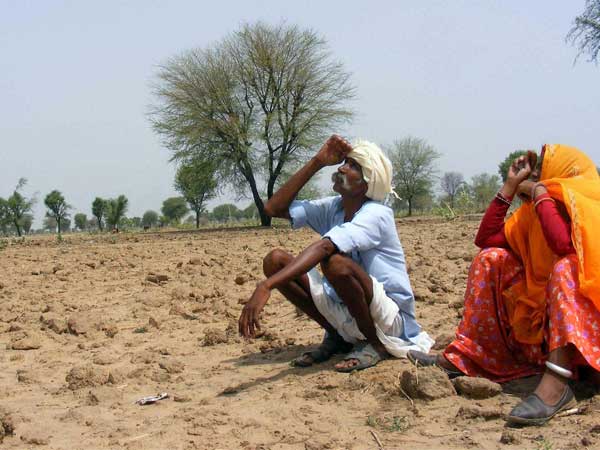 With 107 blocks in 12 districts sustaining more than 33 per cent crop loss due to drought conditions in the state, Odisha government today announced a package to bail out farmers, many of whom have committed suicide allegedly due to debt burden.

This will be done through interest subversion of Rs 227.38 crore over a period of three years for bringing down interest rate to 5 per cent for crop loan availed by farmers, Patnaik said.

Farmers affected by drought in Kharif season will also be provided fresh finance for Rabi cultivation during the current Rabi season, he said.

As part of financial assistance for the affected farmers, Patnaik said agriculture input subsidy will be provided to small and marginal farmers who have sustained crop loss of 33 per cent and above at the rate of Rs 6,800 per hectare of land in rain-fed/ non-irrigated areas and Rs 13,500 per hectare in areas under assured irrigation area.

Similarly, the package announced by the government said agriculture input subsidy will also be provided to the farmers other than small and marginal farmers at the same rates subject to celling of two hectare per farmers.

He said district administration will keep a close watch on money lenders and other unscrupulous elements who cause financial hardships for farmers and police will initiate tough action against them under the Odisha Money Lenders Act and CrPC. Superintendent of Police will have the responsibility to proactively implement the order.

“The DIGs will review implementation of the laws,” Patnaik said.

Patnaik further said 50 per cent remission in respect of cess on land will be given to farmers where the crop loss is 33 per cent or more. “Collection of the remaining amount will be deferred to the next financial year without levying any interest,” Patnaik said.