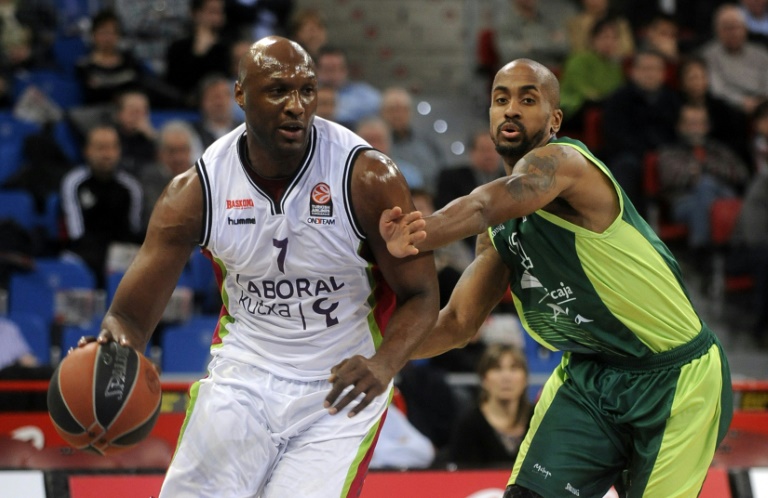 Nevada police said Wednesday that workers from the Nevada brothel where Lamar Odom was found unconscious reported in a 911 call that the former NBA star had been using cocaine.

The 35-year-old Odom remained hospitalized in Las Vegas Wednesday, with his ex-wife Khloe Kardashian at his side, while an investigation continued into the allegations of drug use by the ex-Los Angeles Laker.

Odom was found unconscious at the Love Ranch brothel and taken to Sunrise Hospital and Medical Center by ambulance.

NBC News reported Wednesday night that sources told them that Odom suffered brain damage and at least one stroke and is on a ventilator.

Police spokesperson Sharon Wehrly said they received a 911 call from two workers at the brothel who said a man was discovered unconscious and had been using cocaine.

“During that call, the reporting parties informed the Nye County Sheriff’s Office dispatch the male had been using cocaine,” Wehrly said. “They confirmed his usage on Saturday but was unsure if it had continued.

“They also informed dispatch that he had used up to 10 tabs of sexual performance enhancer supplements over the last three-day period. He was unconscious but breathing.

“He had blood coming from his nose and his mouth, along with a white substance.”

Wehrly said police detectives obtained a search warrant allowing them to collect a sample of Odom’s blood. That blood was drawn Wednesday and was shipped to a lab for testing.

Odom’s former Laker teammate Kobe Bryant, Kardashian and Reverend Jesse Jackson are among those who have visited the hospital.

Bryant left during the Lakers’ 107-100 pre-season exhibition loss to Sacramento in Las Vegas to be with Odom.

“Dear God he’s one of the good ones. PLEASE watch over him and listen to his heart speak #PrayersForLamar.”