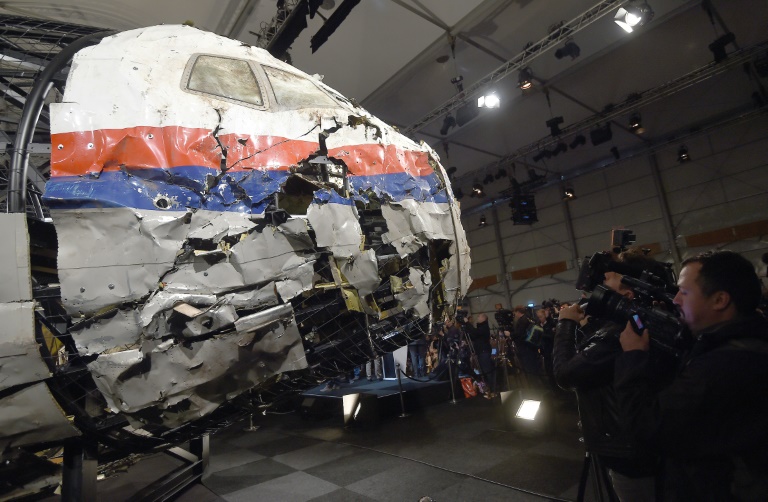 A Dutch-led criminal probe to find those responsible for shooting down flight MH17 has now become the top priority after the cause of the crash was unveiled, but doubts remain whether the culprits will ever be caught.

Analysts said Wednesday that Russia’s cooperation in the investigation to identify those behind the downing of the Malaysia Airlines flight on July 17 last year was now essential — but also highly unlikely.

Air crash investigators released their final report Tuesday into the doomed flight, saying the jetliner was brought down by a BUK surface-to-air missile, killing all 298 on board.

Forensic investigators have also finished repatriating body parts collected from the crash site which at the time saw heavy fighting between the Ukranian army and pro-Russian separatists.

“If Russia cooperates in the criminal case it also means their alleged involvement in the Ukraine comes under the spotlight in a court of law,” said Tony van der Togt, international relations researcher at the respected Clingendael Institute in The Hague.

“They (Moscow) will never accept this,” he told AFP.

Although the Dutch Safety Board’s (OVV) official report states the official cause of the crash, it had always maintained it would not point fingers at those responsible.

But OVV chairman Tjibbe Joustra suggested after the report’s release that the area from where the deadly BUK missile was fired was indeed under rebel control.

His remark supported the Ukrainian and US-held theory that pro-Moscow rebels were behind the downing of the Boeing 777 on a routine flight between Amsterdam and Kuala Lumpur.

The Kremlin and the state-owned Russian BUK manufacturer firmly rejected the accusation, with the Kremlin instead pointing the finger at the Ukranian military.

In the Netherlands, where most of the victims came from, the call to catch those who pulled the trigger intensified after Tuesday.

“What’s missing now are the guilty!” said the headlines in several Dutch newspapers with the local media acknowledging that a criminal investigation will be bumpy, particularly if Russia failed to cooperate.

Dutch prosecutors who are coordinating the international criminal probe said they have “identified certain persons of interest” but are yet to release the names of particular suspects.

“The investigation is being conducted under difficult conditions, especially regarding evidence collection and interviewing witnesses in an area where an armed conflict has been ongoing,” prosecutors said.

“We know what happened but getting legally valid and convincing evidence to show who the culprits are is another story. It’s going to take time,” Rutte said.

“I understand that some people would want to draw quick conclusions… but the road to justice is complicated enough. We mustnâ€™t complicate it even more,” he urged.

The Netherlands and its allies have already run into a diplomatic wall after Russia vetoed a UN Security Council resolution to establish a special tribunal to try those who shot down the flight.

“So far the Russians have been trying to sow confusion about the air crash probe including that it had not properly been investigated,” Van der Togt said.

“They’re going to do the same thing (in the criminal probe),” he said, also pointing out that Russia did not extradite its nationals.

Some of the victims’ relatives and families are already reacting with anger and cynicism.

“So what if next year the team of international investigators pinpoint the perpetrators?” one relative, Remco de Ridder wrote in a letter, published in the centre-left daily Volkskrant.

“Will Moscow allow an extradition that easily?” writes De Ridder.

Or if the guilty parties were in Russia, “will they have another Powerpoint presentation to challenge the findings of the international investigators?” he asked.