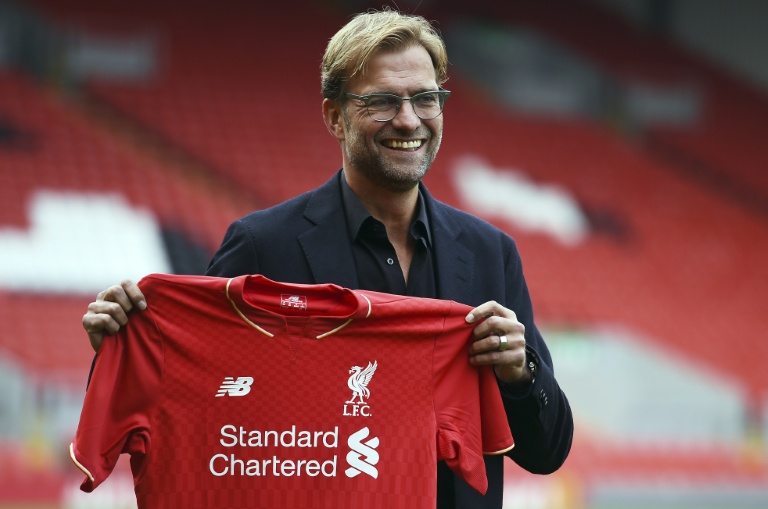 With Jurgen Klopp’s arrival at Liverpool, the Premier League has acquired another larger-than-life personality to add to the A-list cast of characters who occupy the dug-outs at England’s elite clubs.

Be it mid-season sackings, touchline spats between Jose Mourinho and Arsene Wenger or press conference outbursts from Louis van Gaal, the story of English football is one told through the prism of the country’s managers.

It is a tradition that encompasses figures like Matt Busby, Bill Shankly, Brian Clough and Alex Ferguson, and the huge interest sparked by Klopp’s appointment shows that it is not likely to diminish anytime soon.

“It’s been a consistent factor for decades,” British sportswriter Michael Calvin, whose book on football managers, ‘Living on the Volcano’, was released in August, told AFP.

“People are always fascinated by the imposition of power and the use of authority, but what lurks in the background always is the fan’s thought, ‘If I had the chance, I could do just as well.’

“And it sells. You look at the Premier League TV product and it’s a global league that happens to be played in England, with storylines which are soap operatic in nature. It’s a simple concept for people to understand.”

After a weekend of football it is rare for the back pages of British newspapers not to feature Mourinho, Wenger or Van Gaal, the men on the touchline serving as weathervanes for the climates at their clubs.

That is particularly true at the present time, with Mourinho one of several managers under scrutiny, in his case due to Chelsea’s dismal start to their Premier League title defence.

Two months into the season there have been two managerial changes — Klopp replacing Brendan Rodgers at Liverpool, Sam Allardyce succeeding Dick Advocaat at Sunderland — and there are almost certain to be more.

The managers of the past have not relinquished their grip on the public attention either.

Ferguson has been doing a series of talks to publicise the release of his new book, ‘Leading’, while Clough is the magnetic focus of a new film about Nottingham Forest’s back-to-back European Cup wins in 1979 and 1980.

Mourinho is a self-confessed Clough admirer and he is not the first European coach to have been inspired by a British manager, as the enduring use of phrases like ‘le coach’ and ‘il mister’ across the continent demonstrates.

It is testament to the influence of early-20th-century pioneers like the bowler-hatted Fred Pentland, Athletic Bilbao’s greatest coach, or William Garbutt, who gave birth to the professional manager in Italy during his time at Genoa.

Whereas clubs on continental Europe have generally moved away from the old model of an all-powerful manager, with sporting directors widespread and coaches’ remits often extending little further than the boundaries of the training ground, the notion prevails in the Premier League.

But while England still clings to the image of the authoritarian manager of yore, the profession is evolving rapidly.

With Ferguson two years retired, Wenger, now in his 20th year at Arsenal, is the last of the long-serving autocrats in the Premier League.

The new generation — young managers like Swansea City’s Garry Monk and Bournemouth’s Eddie Howe — have much more tightly defined roles than the men who went before them.

“The historic, micro-managing, teacup-throwing dictator is pretty much a thing of the past,” says Calvin, who interviewed over 20 managers while researching his book.

“The modern managers are much more emotionally intelligent and they have responded to the societal and financial changes of the game.”

Klopp was eager to avoid caricature in his introductory press conference, ducking comparisons with Mourinho by declaring himself “The Normal One” and pleading: “People should not make me out to be like Jesus.”

But it will not spare him from attention-grabbing headlines, and particularly at a time when the English top flight is bereft of charismatic superstar players.

The game’s current icons, Lionel Messi and Cristiano Ronaldo, play elsewhere and with one-club stalwarts such as Ryan Giggs and Steven Gerrard no longer part of the scenery, the Premier League manager has assumed even greater prominence in the popular imagination.

Ferguson reveals in ‘Leading’ that he took to rubbing his face before facing the cameras so that he looked “bright and cheery and did not display a hint of tension”.

For as Klopp will soon discover, when the spotlight falls on a manager in the Premier League, there is no place to hide.