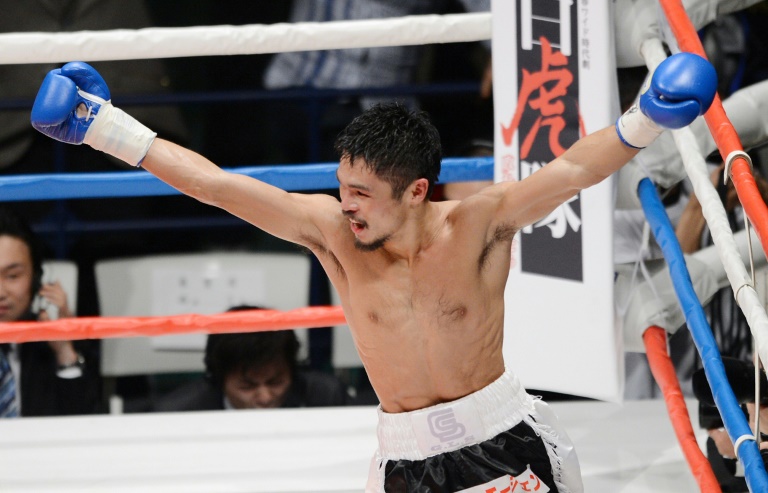 Kameda, a 28-year-old southpaw nicknamed “The Fist of Osaka”, has won 11 fights in a row entering the Chicago matchup while Kono, 34, fights outside his homeland for the first time after a 10-month layoff since he drew Dominican Norberto Jimenez in his first title defense.

“I am here to make a statement. I want to defend my world title and I want to do it by knockout,” Kono said.

“I’ve always had a dream to fight in the United States. I will do my best to perform up to the historic nature of this fight.”

Kameda, 33-1 with 18 knockouts, has been a world champion at light flyweight, flyweight and bantamweight.

His lone defeat was by majority decision to Thailand’s Pongsaklek Wonjongkam in 2010 at Tokyo. He made eight defenses of the WBA bantamweight crown from 2011 through 2013 before dumping the crown and dropping down a weight class.

“I will be a four-time world champion,” Kameda said. “I’m in the best shape of my career. I’m always very confident. I’m 200 percent confident I’m going to win. I am imagining a knockout.”

Kono, 30-8 with one draw and 13 knockouts, has remained in the superfly ranks. He lost world title fights in 2008 and 2010 before his breakthrough in 2012 with a fourth-round knockout of Thailand’s Tepparith Kokietgym for the WBA crown.

Venezuela’s Liborio Solis took the title with a majority decision in 2013 but Kono reclaimed it last year with an eighth-round knockout over Thailand’s Denkaosan Kaovichit.

“I’m in the best shape of my career,” Kono said. “I’m proud of my stamina and activity rate and my punching power. That is why I will win this fight.

“Kameda says he is a ‘charismatic genius.’ I disagree and I’m here to prove him wrong. I will prove Friday night that I am the true force.”

“I was surprised how nervous Kono was. I don’t know what he’s afraid of, but maybe he’s just afraid of me,” Kameda said.

“Kono promised the Japanese press and his fans that he would knock me out… that’s about the last thing that is going to happen in this fight. I find that funny.”