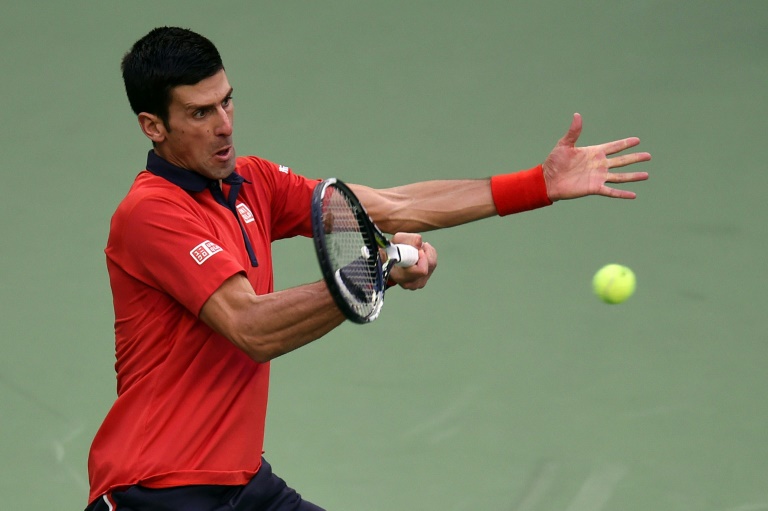 Novak Djokovic paid homage to the “unconditional” support of enthusiastic Chinese fans on Thursday as his love affair with China deepened at the Shanghai Masters.

Djokovic, again wearing China’s beloved red, beat Feliciano Lopez 6-2, 6-3 for yet another win in a country where he has only lost one of his past 35 matches.

His success has brought adoration as Chinese fans wait for hours outside hotels to see the world number one, with one even giving himself a Serbian name and learning Serbia’s national anthem.

And the feeling is mutual as Djokovic, who continues to be outshone by the ever-popular Roger Federer and Rafael Nadal in some other countries around the world, soaks up the acclaim.

“I wouldn’t call it crazy. I think they’re very enthusiastic every step of the way. They show their appreciation for what you do. They’re very loyal,” the 10-time Grand Slam-winner said.

“We don’t get to experience this kind of treatment from the fans many places around the world,” he added.

“China definitely knows how to treat the top players. They give us this unconditional, really, love and support. They stay in front of the hotel for hours just to see you and to wish you luck and to make a photo. That’s something that you don’t get to see often.”

Djokovic has been at pains to build his support in China, setting up a weibo social media account, greeting crowds in Mandarin and signing the camera with Chinese script after his wins.

The Serb, who has only missed one China Open since 2009 — and is still unbeaten at the Beijing tournament — visited the Great Wall last week and is said to incorporate Chinese medicine into his routines.

It doesn’t hurt that the Shanghai Masters rolls out the red carpet for players, with the top seeds even given individual changing rooms — a legacy of Shanghai’s 2005-2008 hosting of the men’s tour finale.

Djokovic said he has received “tons of presents” from his Chinese fans, who often wave the Serbian flag at his matches and have their faces painted in the Serbian national colours.

“One of the fans, I think he changed his name into a Serbian name. He can sing by heart the Serbian national anthem perfectly. That’s an effort, I must say,” he said.

Chinese supporters even seem prepared to overlook the odd clanger from Djokovic, such as when he lifted his sixth China Open title on Sunday in Beijing — but then mistakenly called the city Shanghai.