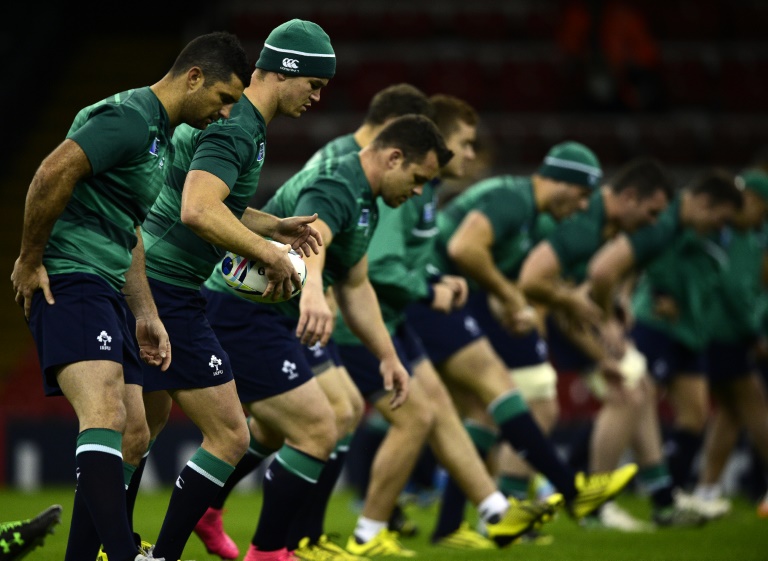 Ireland’s forwards are gearing up for a “ding-dong battle” against a combative and proven Argentinian pack in the quarter-final clash on Sunday, according to assistant coach Greg Feek.

Argentina have shone in this World Cup, rebounding from pushing New Zealand all the way before going down 26-16 to hammering the rest of pool opposition, racking up 22 tries along the way.

The strength of Los Pumas is traditionally the pack and it is no different this time around, the quality of the ball they provide opening up options for some gifted footballers in the backs.

“The combinations Argentina have have probably been together for a bit longer,” Feek said when asked to compare the Pumas to France, beaten 24-9 by the Irish in their final pool game last weekend.

“There seems to be more of a collective around that, they’re a little bit more used to each other.

“Argentina really know what they want to do, they stick to it and it’s a really tough challenge.”

Feek, a former Crusaders prop capped 10 times by the All Blacks and charged with overseeing the Irish forwards since 2011, said the key men for the Argentinians were prop Marcos Ayerza and hooker and skipper Agustin Creevy.

“Marcos Ayerza is their big rock, I suppose, and when it comes to the new laws, they’ve certainly come back to the fore again,” Feek said.

Feek added: “In the World Cup it’s been shown that if one pack doesn’t get it quite right, anyone can get you, it’s a real mental thing now. Argentina look really good as a collective.”

“It’s understated really. Argentina have come into the World Cup under the radar a bit. They’ve got a well balanced side effectively playing against Australia, New Zealand and South Africa regularly.”

They had also benefited from the “influence of Ted (Graham Henry) and you can see that’s coming through”.

“We’re under no illusions that this week will be our biggest Test so far.”

Munster veteran Donnacha Ryan could only watch on in anguish as provincial locking partner Paul O’Connell saw his international career ended when he went off at half-time of the France game with an injured hamstring.

But Ryan will be in the running for a starting spot against Argentina in the absence of skipper O’Connell.

“We haven’t played Argentina as much as we would have France,” Ryan said.

“They’re going to be a very tough side, and they’re probably the most physical side in the competition so we’re going to have to really be on our game.

“They were leading New Zealand for a large part of that game,” he said of the Pumas’ Pool C opener.

“Up until 67 minutes they were three points ahead and it finished up pretty tight. I thought they were pretty unlucky.

“If they’re pushing the world champions that close they’re not too far off it.”

Ryan said Argentina had “very aggressive forwards… and explosive backs, not afraid to tap and go and keep the pace quick”.

“It’s a massive challenge for us and we’ll have to be on our toes this weekend.”

Crashing out to Wales at the 2011 World Cup quarter-final was a lesson the Irish team had taken on board but not one on which it had dwelled, Ryan added.

“It’s important to be focused on the job but you realise that you take that bit of experience from back then to use it for the betterment of this weekend.”