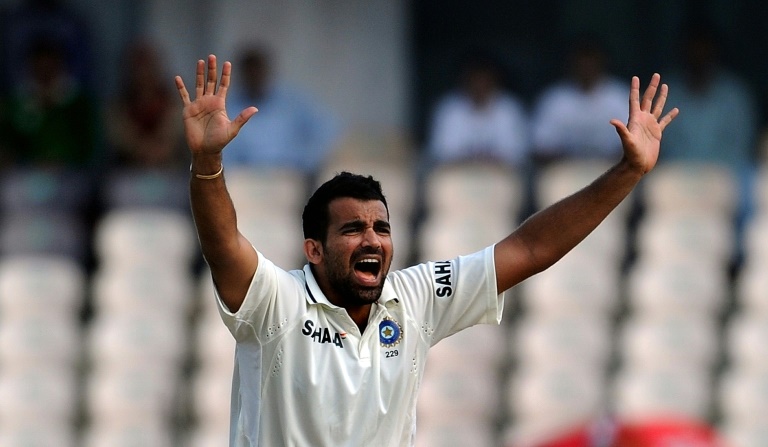 India’s finest left-arm seamer Zaheer Khan announced his retirement from international cricket on Thursday, saying he was not fit enough to deal with the rigours of the modern game.

“With immediate effect, I bid adieu to my career in international cricket,” Khan said in a statement, adding he will sign off from every format after the next edition of the Indian Premier League in April-May next year.

Khan, who turned 37 earlier this month, was India’s go-to new ball bowler at home and abroad despite being plagued by injuries throughout his career, which began in 2000.

“The toughest call in a cricketing career is when one has to walk away from the game itself,” Khan said.

“You almost want to push that few, extra miles but then the body, after nearly two decades, decides not to respond.

“As I was training for the upcoming season, it dawned on me that my shoulder may not last the rigours of bowling nearly 18 overs a day, and that’s when I knew it was time.”

Khan played the last of his 92 Tests in February 2014 against New Zealand in Wellington before a tendon injury in his bowling arm forced him out of the national side.

He finished with 311 Test wickets, making him the second most successful seamer in India after legendary all-rounder Kapil Dev’s haul of 434 wickets.

His 21 wickets made him the tournament’s joint leading wicket-taker with Shahid Afridi of Pakistan when India won the World Cup under Mahendra Singh Dhoni in Mumbai four years ago.

“My greatest cricketing moment was lifting the World Cup as part of team India and creating history,” Khan said.

“Cricket has been my only life over the past two decades and is in fact the only thing I know well. I walk away with fantastic memories, life defining experiences and great friendships.”

Khan also played in 17 Twenty20 internationals and represented Mumbai, Bangalore and Delhi teams in various seasons of the IPL.

But injuries and the emergence of younger seamers like Mohammad Shami and Umesh Yadav kept Khan out of India’s limited-overs squads since 2012.

Khan’s 75 against Bangladesh in 2004 was then the highest score by a number 11 batsman before the record was broken by Tino Best of the West Indies and Ashton Agar of Australia.

Batting legend Sachin Tendulkar, with whom Khan shared the Indian dressing room since 2000, paid tribute to the retiring bowler.

“One of the coolest pace bowlers I know,” Tendulkar tweeted of Khan.

“He was a bowler who could ‘out think’ batsmen most of the times. Always up for a challenge.

“I am sure he will do well as he begins a new chapter in his life.”

Shashank Manohar, president of the Board of Control for Cricket in India (BCCI), said Khan served Indian cricket with “remarkable passion and commitment”.

BCCI secretary Anurag Thakur described Zaheer as “one of the finest fast bowlers in the history of Indian cricket” who was “an outstanding role model on and off the field”.