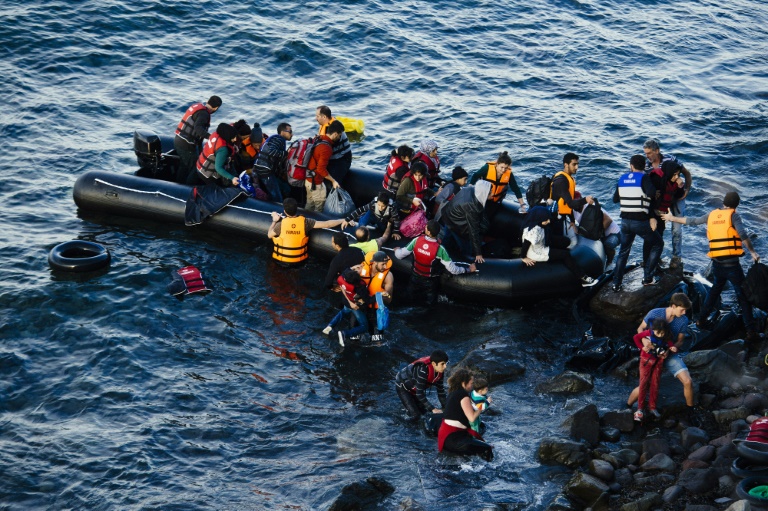 European Union leaders will on Thursday try to thrash out solutions to the continent’s spiralling migrant crisis and step up a diplomatic offensive aimed at winning Turkey’s help in stemming the flow of Syrian refugees.

The summit will focus on working with countries outside Europe’s borders to help tackle the worst crisis of its kind since World War II.

The leaders will also discuss creating a possible safe zone in the north of war-torn Syria.

The key issue will be efforts to get a reluctant Turkey’s approval for an EU plan to assist it in hosting over two million refugees, with German Chancellor Angela Merkel heading to the country on Sunday for talks.

EU Vice-President Frans Timmermans and other senior officials meanwhile arrived in Turkey on Wednesday to push the government on the plan, having postponed their visit after deadly suicide attacks in Ankara at the weekend.

“An agreement with — and concessions to — Turkey only make sense if it effectively reduces the influx of migrants,” European Council President Donald Tusk said as he prepared to host the summit.

European leaders hope that helping refugees inside Turkey, giving it money and aiding the country to strengthen its coastguard will discourage Syrian refugees from taking perilous sea and land routes into the continent.

But Turkey, whose President Recep Tayyip Erdogan was in Brussels last week, wants more cash and rejects proposals for more refugee camps. Erdogan also wants more EU cooperation for his fight against “terrorism”, which is aimed both at Kurdish separatists and Islamic State jihadists.

Tusk, who visited Turkey and Jordan last month, said that the EU summit would also discuss “complex” issues “including (the) question of (a) safe zone in Syria. Turkey wants it. Russia is openly against.”

Turkey has called for a safe area and no-fly zone in northern Syria that would be free from both Bashar al-Assad’s forces and IS but EU countries are “sceptical”, diplomats say, especially after Russia launched military action in Syria.

“It’s a real dilemma — and the intervention of Russia and Iran makes the situation even more difficult,” a European diplomat said.

The shadow of Russia’s involvement there will hang heavy over the summit, with EU leaders set to warn that the air strikes against what Moscow insists are Islamic State militants will only cause more chaos.

“The European Council expressed its concern about the Russian attacks on the Syrian opposition and civilians and the risk of further military escalation,” said draft summit conclusions obtained by AFP.

The conclusions are also set to say that there “cannot be a lasting peace” under the Assad regime, although they will not specifically state whether Assad himself could be part of a political transition.

With no end in sight to Syria’s four-year war, the EU has been toughening its stance in recent months over the flow of migrants, amounting to nearly 600,000 into Europe this year alone.

Arguments over the redistribution of 160,000 refugees from the frontline states of Greece and Italy have given way to fears that Europe’s passport-free Schengen zone could collapse as some countries try to curb the huge numbers of migrants criss-crossing the continent.

The EU leaders will on Thursday discuss a possible EU border guard system and other ways of strengthening the bloc’s external borders, Tusk said in his invitation letter for the summit.

They will also look at the future of the EU’s Dublin asylum regulations, which say that refugees must seek asylum in the first EU country that they land in.

The rule is being sorely tested as the majority head for Germany.

The EU leaders will also discuss so-called “hotspots” — controversial reception centres where migrants are registered, fingerprinted and sorted into genuine refugees and economic migrants at their first entry point into the bloc.

They will also discuss how to work with non-EU Balkan countries through which many migrants transit, and with African countries whose leaders they are due to meet at a migration summit in Malta in November.