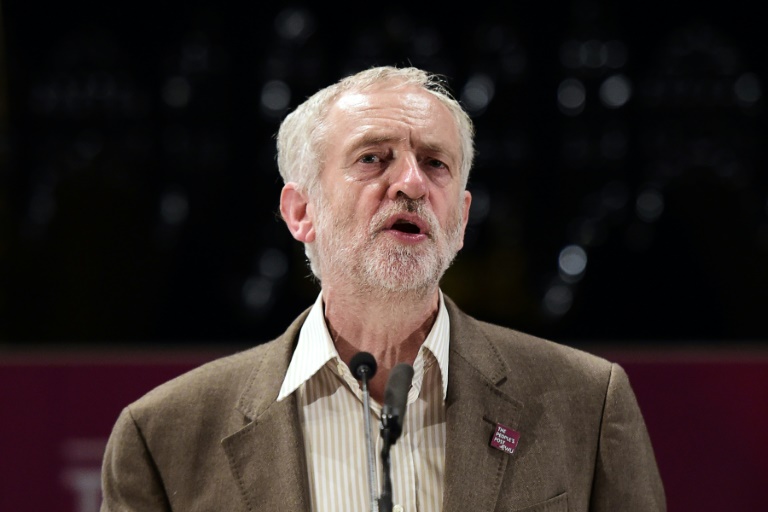 The leader of Britain’s Labour party suffered a rebellion in a parliamentary vote on the economy seen as a test of the left-wing Jeremy Corbyn’s ability to unite his lawmakers.

In all, 21 MPs from the main opposition party broke ranks to abstain from voting on a government measure requiring ministers to run a budget surplus, despite orders to oppose it.

The charter, which would commit the government to running a budget surplus by 2019, was approved by the lower house with 320 MPs voting in favour and 258 against. It will now pass to the upper house.

The debate was clouded by the bitter rift and finance spokesman John McDonnell, a close Corbyn ally, admitted the row was “embarrassing”.

McDonnell had initially said he would support the bill but performed a surprise U-turn on Monday, announcing it should be opposed instead.

One former minister, Ben Bradshaw, walked out of the meeting calling it a complete “shambles”.

Another senior Labour figure, Mike Gapes, fired off a string of critical tweets, saying the party had “no clarity on economic policy and no credible leadership”.

In response, MP Chris Evans said he would abstain from the vote, saying that Labour should support a budget surplus in principle but demand concessions from the government on the circumstances in which a surplus should be kept.

“As a result of this I have decided to abstain on today’s vote on the fiscal charter,” Evans said.

“I cannot in good conscience support a position which I do not agree with, which has been inconsistent with existing Labour policy and which has not been properly explained by the shadow chancellor and Labour leadership.”

The rebels included former Labour top team members Chris Leslie and Tristram Hunt, identified with the centrist strand of the Labour party that is at odds with the more left-wing Corbyn.

McDonnell explained that he believed the vote was a trap set by Conservative Prime Minister David Cameron and finance minister George Osborne in a bid to depict Labour as a high-spending party.

Corbyn’s election as Labour leader on an anti-austerity platform amid a surge of grassroots support has dismayed lawmakers who believe a more centrist approach is needed to win the support of the British public, who re-elected the Conservative government in May.

“Tonight we’re going to be voting on whether after eight or nine years of strong economic growth, we should be having a surplus rather than a deficit,” Cameron said.

Cameron’s government plans to save Â£37 billion (49.9 billion euros, $57 billion) over the next five years including Â£12 billion on welfare.

It plans to cut tax credits — a complex benefits system for people on low incomes — while introducing a “national living wage” set to reach Â£9 an hour by 2020.