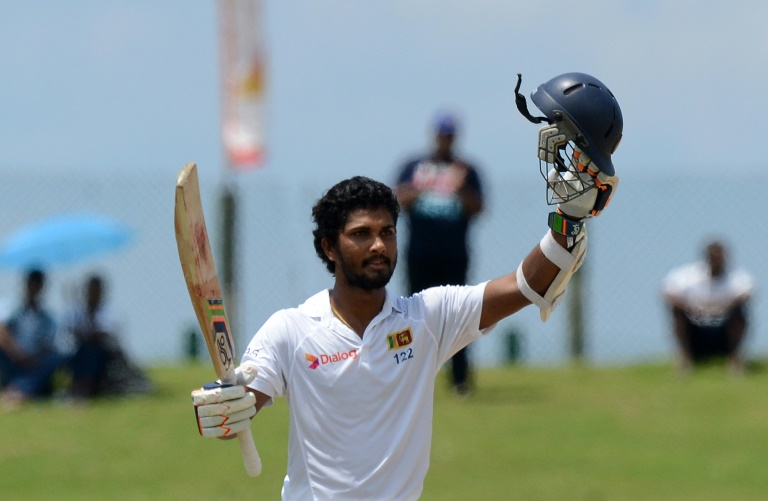 Dinesh Chandimal piled the pressure on the West Indies on Thursday, scoring his fifth Test century and taking Sri Lanka to 344-3 at lunch on the second day of the first Test.

The middle-order batsman was unbeaten on 113 at the break as the Sri Lankans stepped up the pace after a slow first day to add 94 runs in the morning session against a tiring Caribbean attack toiling in sweltering conditions at the Galle International Stadium.

Left-handed opener Dimuth Karunaratne fell 14 runs short of a double century when he lobbed a return catch to bowler Marlon Samuels five minutes before lunch to give the West Indies some respite.

He added 238 for the third wicket with Karunaratne, a Sri Lanka record in a home series against the West Indies, surpassing the 162 put on by Kumar Sangakkara and Mahela Jayawardena at Galle in 2001-02.