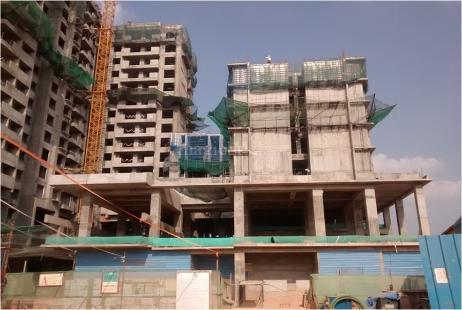 After the success of Nikoo Homes-I, Bhartiya City developed under the Bhartiya Urban township has now launched Nikoo Homes-II in Bengaluru.

A-125 acre integrated urban township within the municipal limits of Bengaluru city is a first of its kind in India.

The much feted home brand makes a comeback with the launch of Nikoo Homes-II after an unprecedented response from the home buyers, who prompted the new launch in district 6 of Bhartiya City. Situated near Hebbal in Bengaluru, it is the largest development of its kind within metro limits in India.

Nikoo Homes-II epitomes ‘smart’ living and offers the clients an entire gamut of studio to one to three bedroom apartments. One can also avail spacious sky villas.

Snehdeep Aggarwal, the chairman of Bhartiya Group, said, “We are launching Nikoo Homes II on the back of the extremely encouraging response we received from home buyers for Nikoo Homes-I. Since all the homes were sold out in record time, we had no choice but fast track our plans to launch the new edition.”

“With Nikoo Homes-II we have endeavored to meet the surge in demand from people who are keen to be a part of the extraordinary urban living experience that our City of Joy offers,” added Aggarwal.

Nikoo Homes-II promises all the amenities and luxury of living in not just a smartly designed home but in the enviable environs of Bhartiya City, which was conceived and developed as a ‘smart’ city well before the term became a catch phrase in modern urban development.

Launch of Nikoo Homes-I created quite a stir in November 2012 as the entire lot of 2415 home units were sold in record time and it became the fastest selling home brand in Bengaluru.

This exceptional interest in Nikoo Home brand has set a new benchmark in the real estate market in Bengaluru, which is unprecedented and quite contrary to the reported slow down in the sector.