Home World Australia approves India-backed mine despite fears for reef 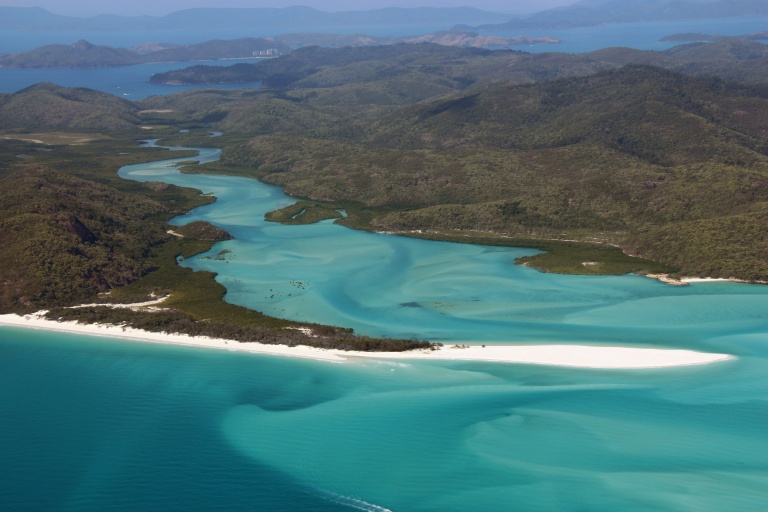 Australia Thursday approved a controversial Indian-backed project to build one of the world’s biggest coal mines despite conservationists’ fears it threatens the Great Barrier Reef and vulnerable species while worsening global climate change.

The Queensland state project was approved subject to “36 of the strictest conditions in Australian history”, Environment Minister Greg Hunt said.

It came two months after the Federal Court blocked the Aus$16.5 billion Carmichael mine (US$12.1 billion), largely in relation to its impact on two vulnerable reptiles — the lizard-like yakka skink and the ornamental snake.

“The rigorous conditions will protect threatened species and provide long-term benefits for the environment through the development of an offset package,” Hunt said in a statement.

“These measures must be approved by myself before mining can start,” he added, noting that he had the power to suspend or revoke the approval and impose penalties if there was a breach of conditions.

Adani has faced numerous legal and approval hurdles for the huge open-cut and underground coal mine, plans for which are in the fifth year of development.

British bank Standard Chartered and the Commonwealth Bank of Australia have withdrawn as financial advisers, while major European and US banks have refused to fund the project due to environmental concerns.

Under the conditions, all advice from an independent scientific committee has to be implemented, 31,000 hectares (76,600 acres) of southern black throated finch habitat will be protected and improved, and groundwater at a nearby wetland will be monitored.

Some Aus$1 million of funding over 10 years also has to be allocated to research programmes that boost the conservation of threatened species in the Galilee Basin, about 1,200 kilometres (745 miles) northwest of Queensland’s capital Brisbane.

The Indian conglomerate, which has hit out at activists and accused them of exploiting legal loopholes to stall the mine, welcomed Hunt’s decision and the “rigorous and painstaking conditions”.

“Today’s announcement of the final federal approval for the Carmichael Mine and North Galilee Basin Rail by Minister Hunt makes clear that these (conservation) concerns have been addressed, reflected in rigorous and painstaking conditions,” the company said in a statement, referring to a new rail line which will transport the coal to port.

Adani added that the mine would create 10,000 jobs and generate Aus$22 billion in taxes and royalties, although the figures have been disputed by critics, who argue that plunging coal prices were making the development financially unviable.

Despite the conditions, the Mackay Conservation Group — which brought the legal challenge to the Federal Court — said the approval “risks threatened species, precious groundwater, the global climate and taxpayers’ money”.

“Minister Hunt has again failed the people of Australia by ignoring new evidence on the devastating impacts of what would be Australia’s largest coal mine,” the group’s co-ordinator Ellen Roberts said.

Environmental campaign group Greenpeace said the mine would be a “complete disaster for the climate and the Great Barrier Reef”.

“The federal government and environment minister should be in the business of protecting the reef and the climate, not giving mining companies licence to destroy them,” Greenpeace’s Shani Tager said in a statement.

“This project means more dredging in the Great Barrier Reef, more ships through its waters and more carbon emissions.”

Local indigenous landowners, who are battling Adani in a separate case in the Federal Court, also slammed the approval and described the state and federal governments’ actions as “economically and environmentally irresponsible and morally bankrupt”.