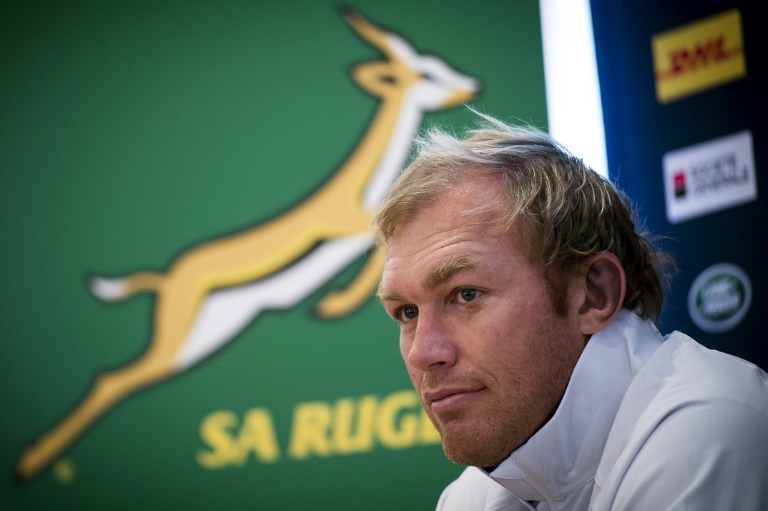 South Africa great Schalk Burger hopes the memory of what happened to the Springboks at the World Cup four years ago will help guard against more quarter-final heartache this weekend.

In 2011, South Africa dominated territory and possession against Australia only to go down 11-9 to the Wallabies in an engrossing last-eight clash in Wellington, New Zealand.

Now Burger, a member of the South Africa side that won the 2007 World Cup in France, hopes there will be no repeat when the Springboks face Wales at Twickenham on Saturday.

“I suppose over a lot of bottles of red wine we have discussed that match more than any other match we have ever played,” Burger said Tuesday of the team’s exit from the last World up.

“It is one of those games that still haunts you to this day,” the 32-year-old back-row, a veteran of 83 Tests, added.

“If we played it again, we would win nine times out of 10. That game we played all the rugby, but it was scoreboard pressure.

“Thatâ€™s the biggest thing that we learnt. It doesnâ€™t matter how much rugby you play, if you donâ€™t build scoreboard pressure on the opposition then you end up losing the match.

“Hopefully for us, we donâ€™t have a repeat of that for this quarter-final.”

No side have won the World Cup after losing a pool game and South Africa started the tournament with a stunning 34-32 defeat by Japan.

Yet they bounced back to top Pool B and rounded off the group phase with a 64-0 thrashing of the United States at London Olympic Stadium last week.

“Itâ€™s been like my career with ups and downs,” said Burger, who years ago survived a potentially fatal bacterial meningitis infection.

“We started with the most famous loss in World Cup history against Japan and after that the next two weeks were probably my toughest as a Springbok,” added Burger, who played in Japan for club side Suntory Sungoliath.

“Coming back to win against Samoa and Scotland, luckily enough we turned the corner, and topped our group.

“What’s important about this group is we have pressed the reset button after we had that loss and now we have to concentrate on winning a quarter-final.”

Wales, who beat South Africa 2-6 in Cardiff in November, have been hit by injuries — the latest seeing Scarlets wing Liam Williams having his World Cup cut short by a foot problem on Tuesday.

But Burger warned that Wales, beaten semi-finalists at the 2011 World Cup, are well-drilled by coach Warren Gatland.

“Most teams have picked up injuries during this World Cup but if you look at the way they play, theyâ€™re still working their systems,” said Burger. “That’s what protects you as a player.”

Meanwhile Burger said he and his fellow Springbok loose forwards could expect a fierce breakdown battle with a Wales back row led by Sam Warburton.

Burger even suggested Wales captain Warburton was a flanker in the class of 2011 World Cup-winning New Zealand skipper Richie McCaw, still leading out the All Blacks at this tournament.

“Yes heâ€™s in the same league as McCaw,” said Burger of Warburton.

“In 2011 he (Warburton) was one of the standout players on the field.

“The way Wales defend coming off the line, they go for chop-tackling and this gives them an opportunity to get on the ball and steal it.

“If we want to have the same momentum in attack, we will need to look after him with a big emphasis on getting over the gainline.”