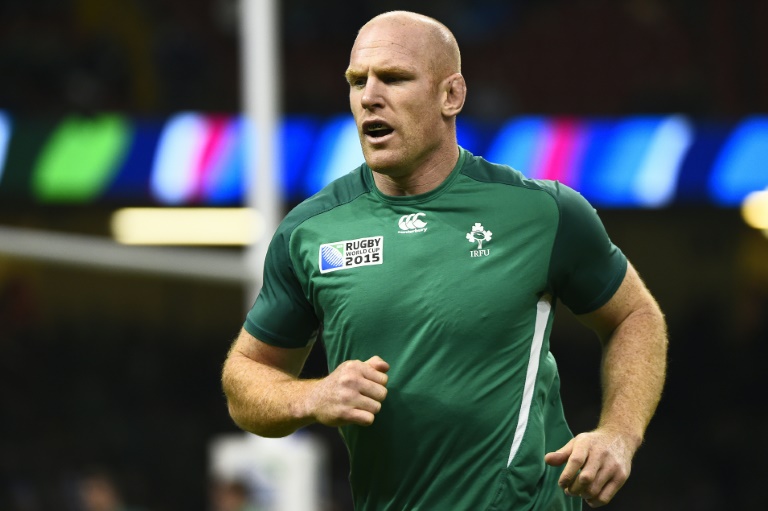 Ireland’s World Cup team on Tuesday hail captain Paul O’Connell as “a leader, a warrior, a gentleman” as his international career came to an end.

A hamstring injury suffered during Ireland’s 24-9 World Cup win over France was the agonising finish to his 13 years as the engine room of the Irish pack.

The tribute from the Irish Rugby Football Union was one of many to flood social media after the announcement that he would leave the World Cup and the team.

It is a measure of the man — who finished with 108 caps, a Six Nations Grand Slam and led Ireland to two successive Six Nations titles — that even in the grim realisation his days in the green jersey were over he managed a smile as his battered and bruised team-mates dragged themselves back into the dressing room in Cardiff.

“We felt awful for him, but I think it was great to see the sheer delight on his face after the game in terms of what we’d achieved as opposed to feeling sorry for himself,” said one of Ireland’s two try scoring heroes Rob Kearney.

O’Connell, despite the battered features and the former thick thatch of red hair having thinned to almost nothing, is the rugby man, past and present, who topped a poll this year of 1,000 Irish women with 23 percent saying who they would most like to go to bed with. Retired poster child Brian O’Driscoll came third with 17 percent.

O’Connell is married to Emily — whom he married in Auch, France, in July 2013 — and with whom he has a four year-old-son Paddy and a daughter Lola born last November.

His career started in that manner. Having developed a reputation as a potentially top class swimmer, he decided he would like a go at the rough and tumble of rugby instead having been mesmerised by Munster after jumping over the stadium wall to watch a game.

Ireland coach Joe Schmidt, who had no hesitation in choosing O’Connell as his skipper for the title-winning 2014 Six Nations side despite his injuries — various knee, groin and ankle problems had through the years caused him to miss many matches — and his age, summed up O’Connell’s class with a word from his homeland: ‘Mana’.

New Zealander Schmidt said last November, after seeing off the Springboks at Lansdowne Road, that the word Mana — which means power, effectiveness and prestige in Maori and other traditional Pacific languages — best sums up O’Connell.

“A guy who does not know how to give up. When he’s done, he delivers again. Not many have the mental capacity that Paul O’Connell has.

“There are a lot of guys who physically get into good shape, but he’s one of the most mentally tough players I’ve been involved with.

“I’m not sure myself how he does it.”

O’Connell’s importance to any side is such that when on his third British and Irish Lions tour, in 2013 to Australia, he was asked to stay on by the coach Warren Gatland even though he broke his arm in the first Test.

The tributes will flow about his exploits for years to come. But Rob Kearney did not waste time setting out O’Connell’s place in Irish folklore.

“There’s not much I can say here now in the next 30 seconds that can give testament to his contribution to Irish rugby and this World Cup,” he said.