Home Sports No Federer-style slip-ups for Murray in Shanghai 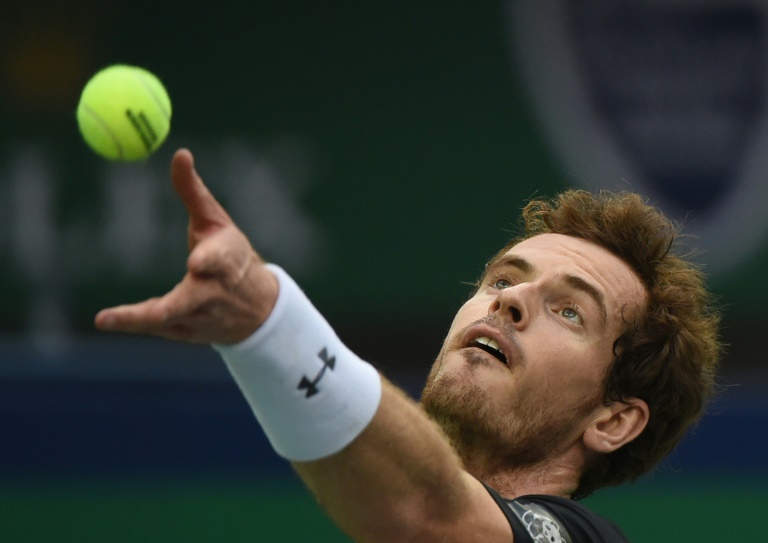 Two-time winner Andy Murray avoided the fate of Roger Federer when he cantered through his Shanghai Masters opener against Steve Johnson 6-2, 6-4 on Wednesday to set up a meeting with John Isner.

After Federer’s shock loss to 70th-ranked Albert Ramos-Vinolas late on Tuesday, there were no banana-skins for the British world number two as he returned to action following a four-week break.

Outspoken Australian Nick Kyrgios flirted with a 28-day ban after he was slapped with his second code violation in as many matches during his 1-6, 6-4, 6-4 loss to Japan’s Kei Nishikori.

But Australian number one Bernard Tomic reached the third round when he beat David Ferrer 6-4, 6-2 — denting the Spaniard’s hopes of reaching the World Tour Finals in London.

Federer complained that he found it tough to adapt to the Shanghai conditions after his 7-6 (7/4), 2-6, 6-3 loss to Ramos-Vinolas, but Murray said he had arrived early enough to acclimatise.

“I think it’s not so much that the conditions are really tricky here, it’s that they’re quite different to Beijing and Tokyo. All of the players say that,” said the 2010 and 2011 champion.

“It does take a bit of time to get used to the conditions here. But for me, that was a big positive in getting here early this year, that I’ve had five days to get used to it.”

Kyrgios was again at the centre of controversy when he received a code violation for smacking away a loose ball and nearly hitting a line judge — a day after he was fined $1,500 for an audible obscenity.

If the 20-year-old totals $5,000 in fines by February 24 he will trigger the 28-day suspended ban he received in August for making a sexual comment about Stan Wawrinka’s girlfriend.

But Kyrgios, who sparred with umpire Mohamed Lahyani in yet another combustible display, insisted he wasn’t concerned about a potential ban, even with the Australian Open looming in January.

“Not concerned at all. If it happens, it happens,” shrugged the world number 32, adding: “I probably shouldn’t have done it. But I didn’t think it was too bad. I don’t know, can’t really change it now.”