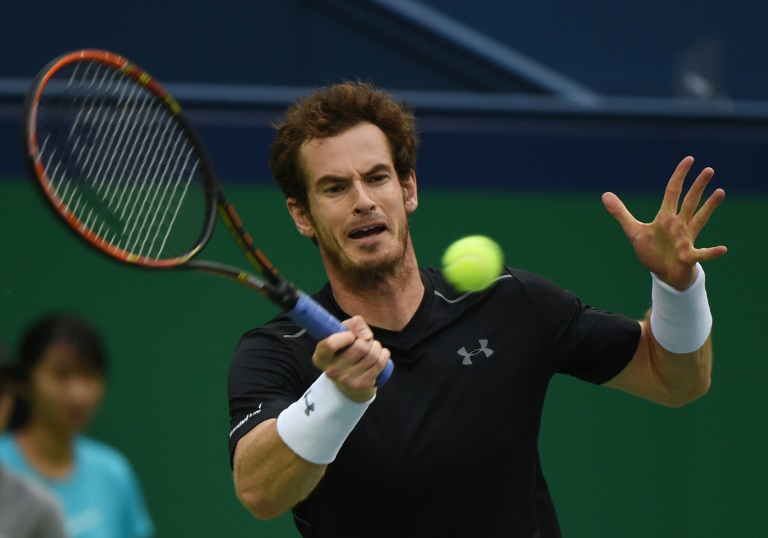 Andy Murray on Wednesday said his top priority was being “fit and healthy” for the Davis Cup decider as he weighs up playing the World Tour Finals which finish just a few days prior.

Murray has been sternly warned about his obligation to play the tour finale in London but he said he needed to be sure his troublesome back could stand up to the rigorous schedule.

Murray is concerned about how his back will cope with switching between the hardcourts of the tour finale and the slower, more slippery clay of the Davis Cup showdown against Belgium.

“It didn’t add extra pressure to me. I just told the truth,” said Murray, who was told he was “required” to play the eight-player season finale after he aired the possibility of giving it a miss.

“I mean, my back has given me trouble on switching surfaces. I’ve been very open about that in the past. I was open about it after the Davis Cup (semi-final),” he added at the Shanghai Masters.

Britain, seeking their first Davis Cup title in 79 years, will play Belgium on clay in late November, just five days after the end of the World Tour Finals on hardcourts in London.

The world number two will train on clay before the World Tour Finals and he said if there are no problems with his back, he’ll play the end-of-year showpiece in London.

“You know, I have to do what’s best for me. If everything goes well and my back feels good training on the clay beforehand, then I’ll be there at the O2,” Murray said, referring to the O2 Arena.

“It’s a tournament I enjoy playing and it’s a nice reward for the hard work you put in throughout the year. But, you know, the Davis Cup is my main priority between that and the end of the year. I want to make sure I’m fit and healthy for that.”

Murray, who had a bye for the first round in Shanghai, beat Steve Johnson 6-2, 6-4 to set up a meeting with 13th seed John Isner, joining Novak Djokovic in the last 16.