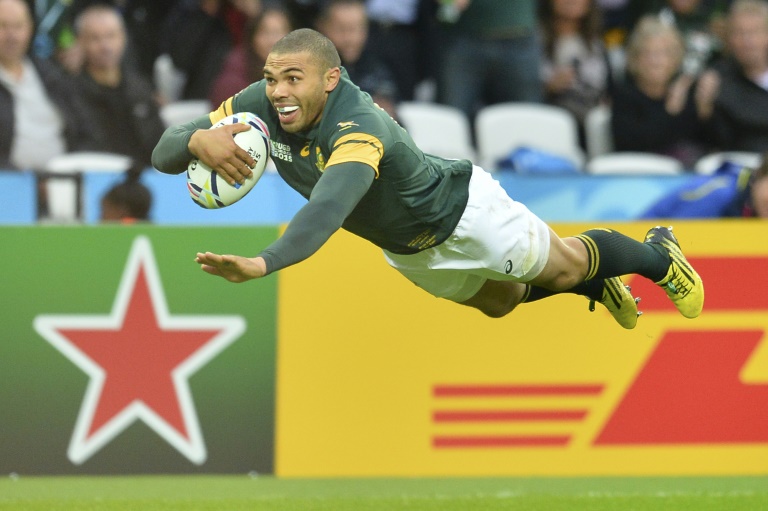 South Africa coach Heyneke Meyer has insisted youth is no bar to success ahead of the Springboks’ World Cup quarter-final against Wales, citing Boris Becker, Mike Tyson and even Alexander the Great as evidence.

Injuries have deprived Meyer of both his first-choice captain in centre Jean de Villiers and stand-in skipper Victor Matfield for Saturday’s last-eight clash at Twickenham.

South Africa’s second row against Wales will, as it did in last week’s 64-0 group-stage thrashing of the United States, comprise the 23-year-old Eben Etzebeth (albeit capped 41 times) and the 22-year-old Lodewyk de Jager.

In the backs, fly-half Handre Pollard and outside centre Jesse Kriel are both 21-year-olds with just 25 caps between them.

“I am a big believer in you have to have experience in those positions,” said Meyer after naming his side on Wednesday.

“But saying that, youngsters all over the world have shown what they lose in experience they make up for in fire and heart.

“I always say to the youngsters, a guy like Boris Becker was at his best at 17 when he won Wimbledon. Mike Tyson was a machine at 21 and I can keep on going.

“Look at the best generals, Alexander the Great was 21.”

As for his fly-half, Meyer added: “I believe Handre Pollard can be Springboks captain one day. He has taken a lot of control of the 10 channel.

“Even though they are not the most experienced, I truly believe in these guys.

“They have played against the best in the world in the Rugby Championship.

“Itâ€™s about backing them now. They have to know they are good enough to play and itâ€™s my job to get them in the right mode.”

But Meyer added he was glad that 33-year-old scrum-half Fourie du Preez is captain in the absence of de Villiers and Matfield.

Meyer, who first worked with a teenage du Preez at the Blue Bulls, persuaded the scrum-half to resume a Test career which appeared to have been cut short by injury and a move to Japanese club Suntory Sungoliath.

“I begged him to come back because I know he is the type of guy if you have him in your team and he clicks, he is like Richie McCaw for the All Blacks,” said Meyer of the 74-times capped du Preez.

“I have coached him since he was 19 and he is one of the most astute players I have ever coached. He is a genius, an unbelievable player.”

Meyer came under immense pressure after the Japan loss and defeat on Saturday could signal the end of his three-year reign as Springbok coach.

“If you start putting those things in your mind then you are really going to get eaten up,” the 48-year-old insisted. “I said after the first game as a coach your players feed off you.”

Reflecting on the Japan loss, Meyer said: “I cried for about 24 hours and then thought about committing suicide for an hour — I’m joking.

“There have been leaders in times of peace, but itâ€™s when there is a war that you want to see the leaders’ character.

“But I have said to the players this week we are right back to where we started and we have to go through.”