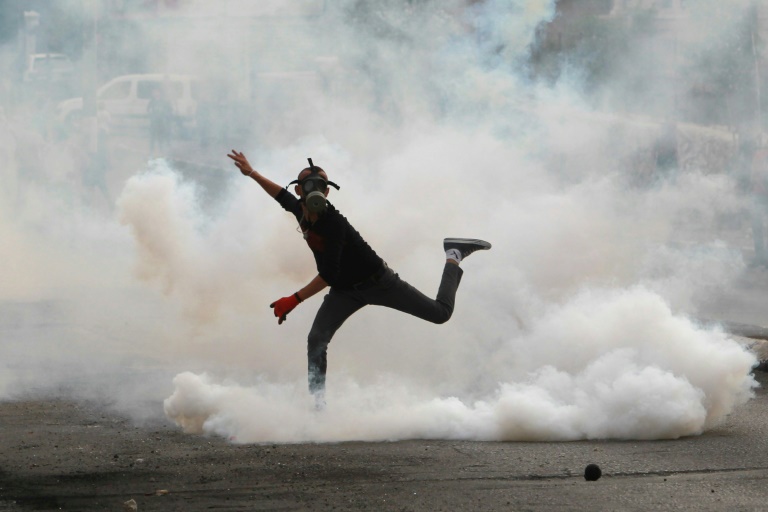 Israel set up checkpoints in Palestinian neighbourhoods of annexed east Jerusalem on Wednesday as it struggled to stop a wave of attacks that have raised fears of a full-scale uprising.

A wave of mainly stabbing attacks by Palestinians has spread fear in Israel, while a gun-and-knife attack on a Jerusalem bus on Tuesday killed two people and led to outrage among Israelis.

A third Israeli was killed in Jerusalem on Tuesday when a Palestinian attacker rammed his car into pedestrians then exited with a knife, making it the city’s bloodiest day in the current wave of unrest.

All three attackers in the two incidents were from east Jerusalem, and two were shot dead.

The move to install checkpoints followed a decision by Netanyahu’s security cabinet overnight authorising police to seal off or impose a curfew on parts of Jerusalem.

Netanyahu has faced major criticism over attacks as well as violent Palestinian protests in the West Bank and Gaza Strip.

Seven Israelis have been killed and dozens wounded in the attacks.

While the stabbings and gun attack have led to anger and fear among Israelis, video footage shared online of security forces shooting dead alleged attackers has fed Palestinian anger, with protesters seeing some of the killings as unjustified.

At the funeral on Wednesday for 28-year-old Moataz Zawahra, killed the previous day in clashes in the West Bank city of Bethlehem, youths with their faces covered in red keffiyeh head scarves carried his body and called him a “martyr.”

“He was on the front line close to the soldiers and he threw firebombs,” his mother Diya said. “We are only at the beginning of the journey. As long as the occupation exists, there will be martyrs, prisoners and wounded.”

The number and extent of the checkpoints in east Jerusalem were not yet clear and appeared limited Wednesday.

“This is normal for us,” one Palestinian man in his mid-20s said with a wry smile after being stopped for about five minutes while officers searched his car and checked his ID.

Four other checkpoints could be seen in other areas, but cars were mainly being waved through.

Such checkpoints were used during past spikes in violence, much to the anger of Palestinian residents who consider it collective punishment.

Meanwhile on the same bus route hit by Tuesday’s attack, a Jewish man who looked to be in his 20s and who declined to give his name displayed a container of pepper spray in his pocket.

“I’m very worried,” he said as he travelled near the scene of Tuesday’s attack, adding that he had to take the bus to work.

The rising tide of violence, which has seen more than 20 stabbing attacks in addition to protests, has raised fears of a full-scale third Palestinian intifada, or uprising.

The unrest has led to international calls for calm, and US Secretary of State John Kerry on Tuesday condemned the “terrorist attacks” in Jerusalem.

“Naturally, we mourn the loss of any life, no matter who it is, but this violence and any incitement to violence has got to stop,” he said.

UN Secretary-General Ban Ki-moon urged Israel to carry out a review of whether its security forces are resorting to excessive force in clashes with Palestinians.

The violence began on October 1, when a suspected Hamas cell shot dead a Jewish settler couple in the West Bank in front of their children.